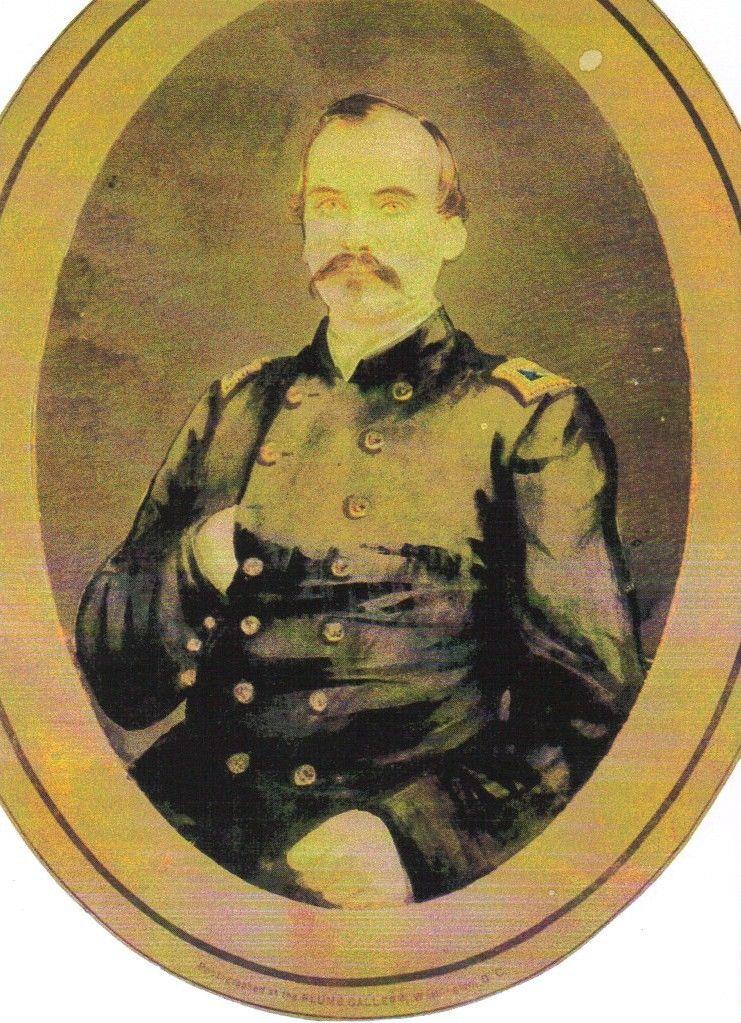 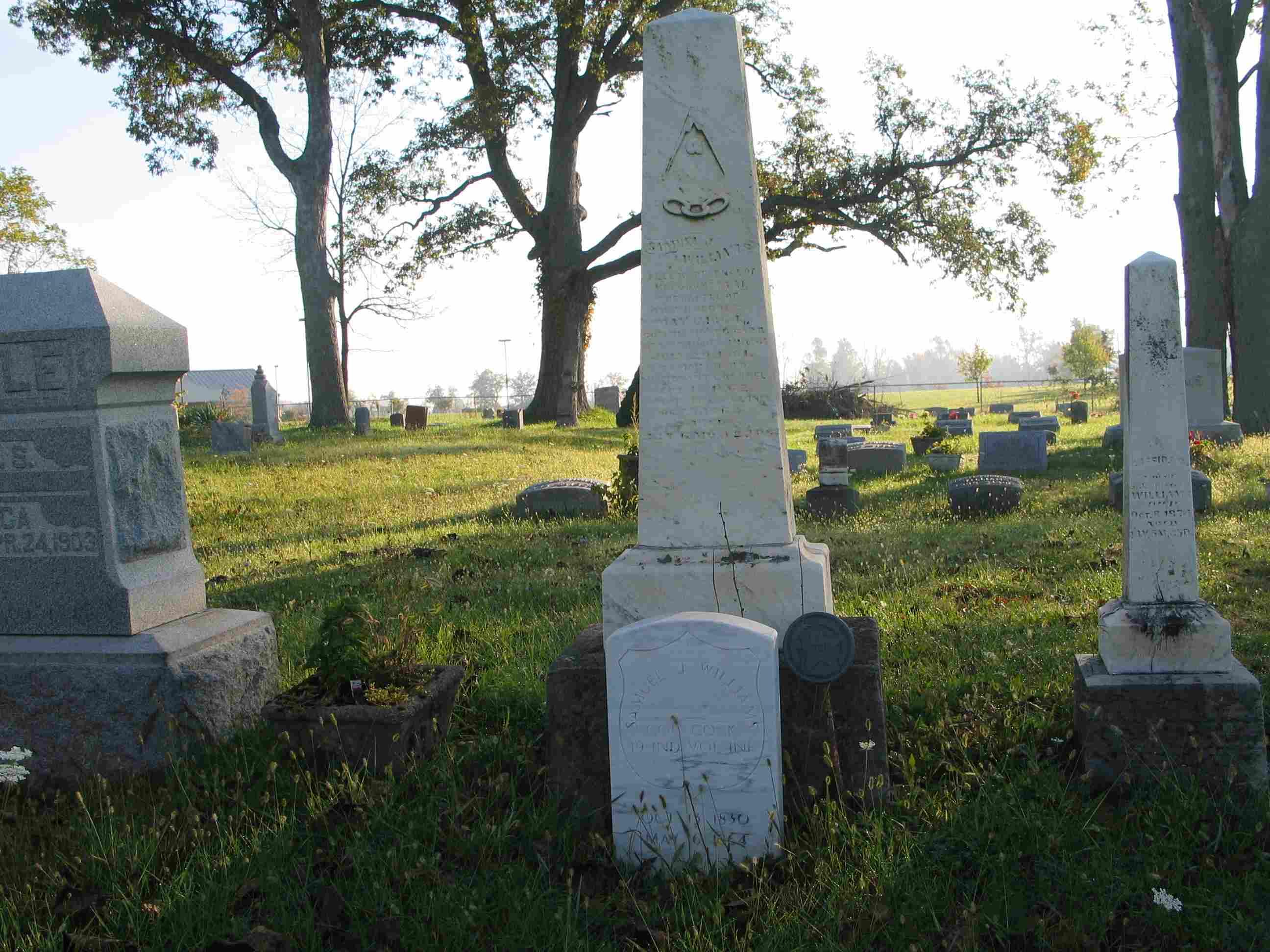 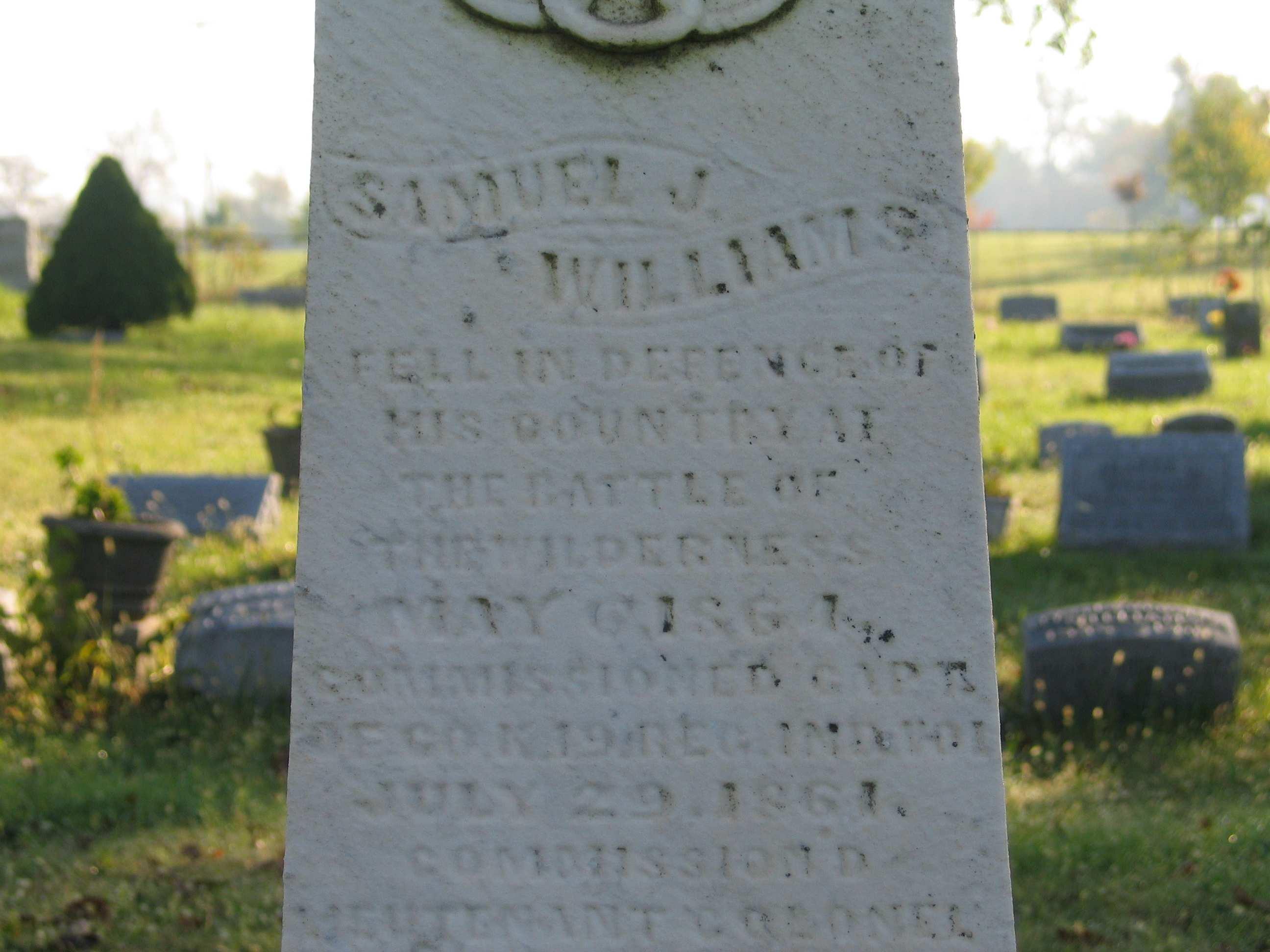 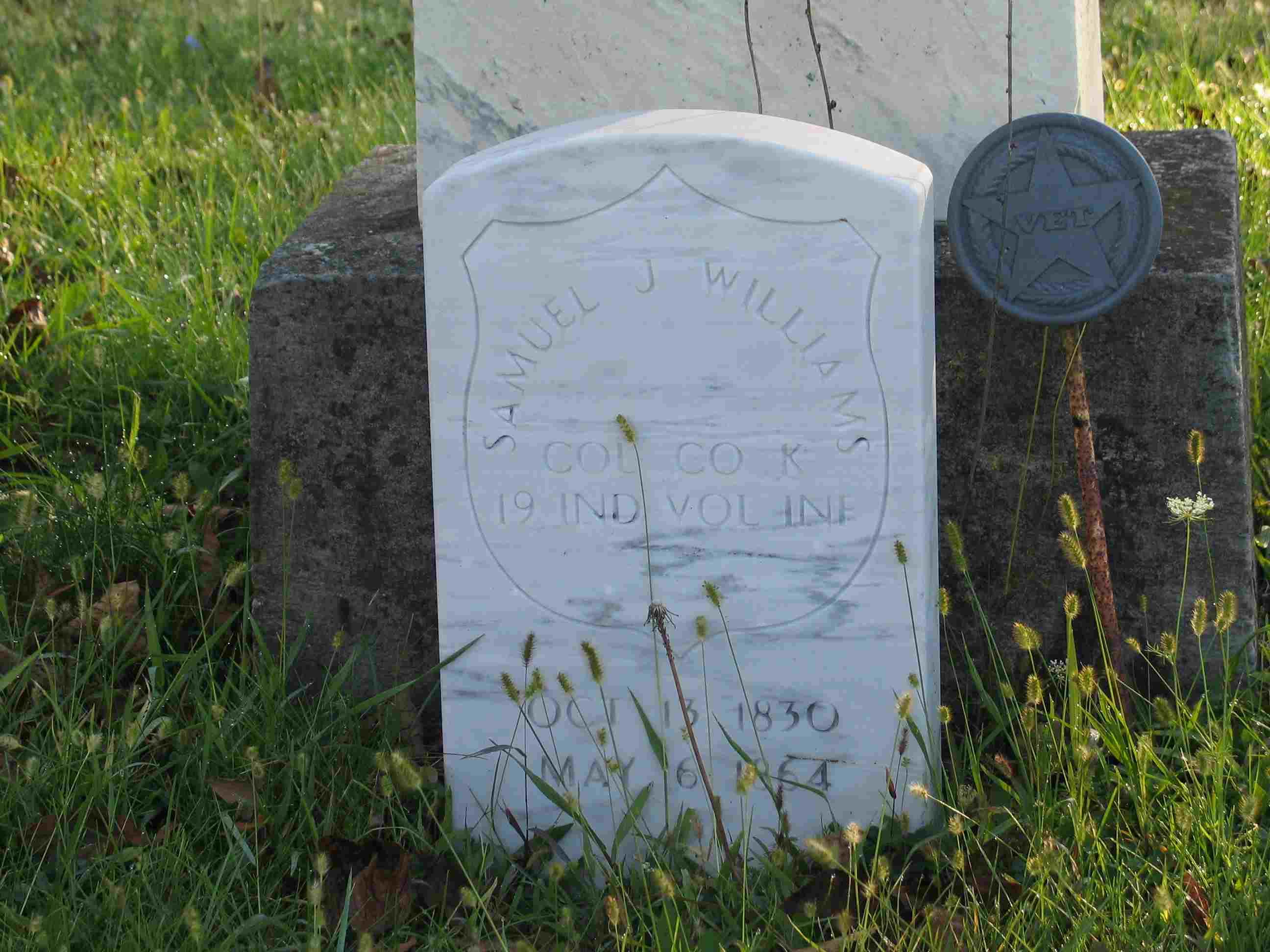 Captain Williams ascended in the ranks to become Colonel of the 19th Indiana by the spring of 1864 when he was killed instantly with a artillery shell hit him in the chest at the Battle of the Wilderness on May 6th, 1864.

He left behind a wife and 5 small children all under the age of 10.

His widow Rebecca filed for a widows pension in  July of 1864.