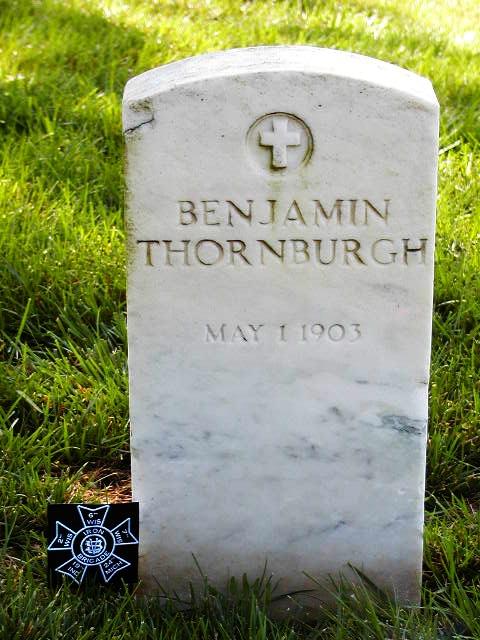 Private Thornburg was discharged from the 19th Indiana in April of 1862 because of a hernia. In October of that same year he enlisted in Company F of the 69th Indiana Infantry as a teamster. He served in that regiment until March of 1863. In September he again joined the army by enlisting in Company C of the 9th Indiana Cavalry and served in that unit until his muster out in July of 1865 while in St. Louis Missouri.

He started to receive a pension in 1876.

Benjamin checked in and out of the Soldiers Home in Marion Indiana and Leavenworth Kansas seven different times after the war. He checked himself in on December 3rd, 1902 and stayed there until he died in the hospital five months later.