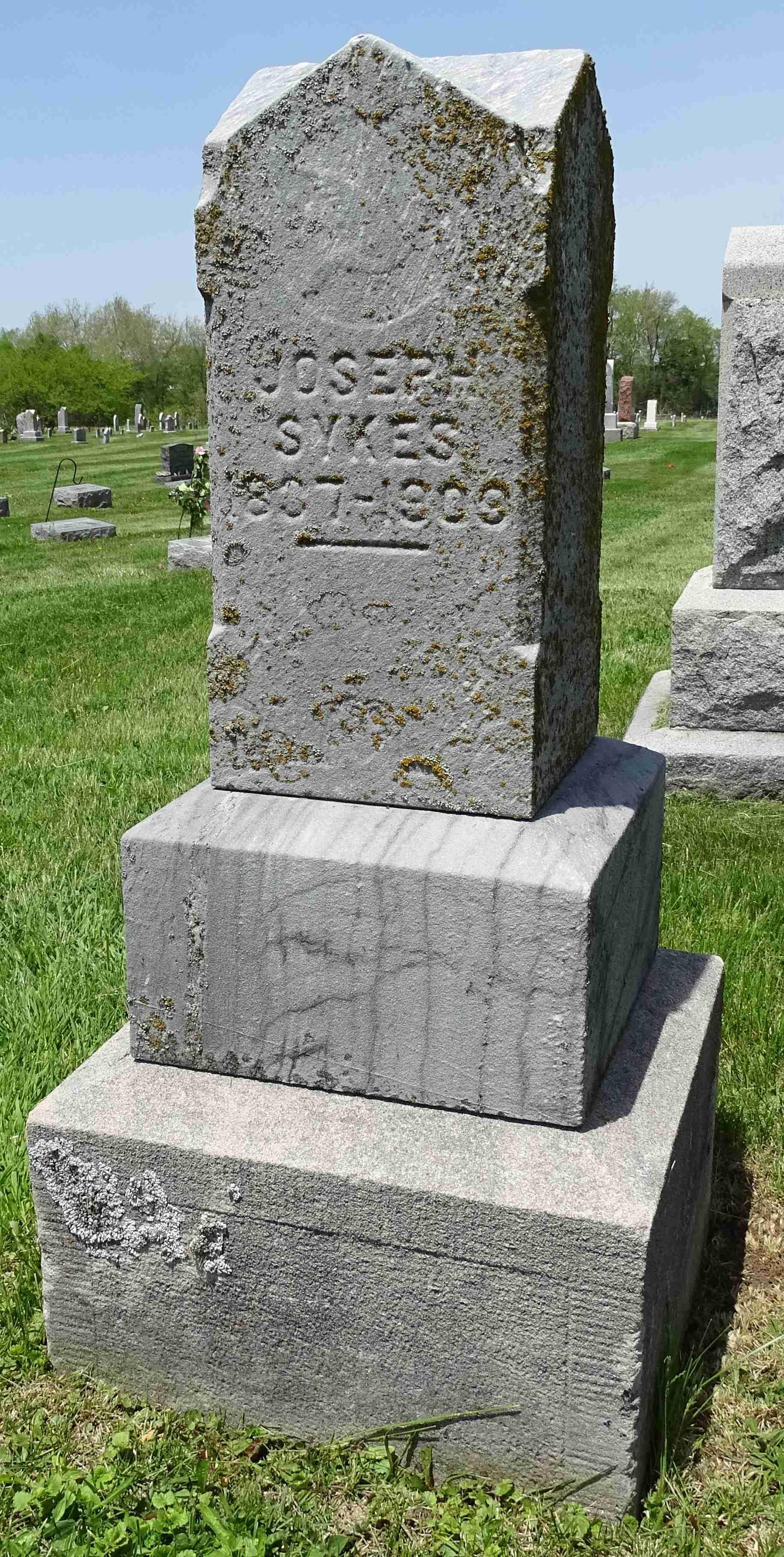 Private Sykes was put in Company C of the 20th Indiana Infantry in the fall of 1864 when it was decided to fold the 19th Indiana into that regiment because of the loss of men from combat casualties and sickness.

By November of 1864 he developed a severe case of bronchitis that would put him in the hospital. He returned to duty in the spring of 1865 and would serve until his muster out on July 12th, 1865.

He started to receive a pension in 1879.