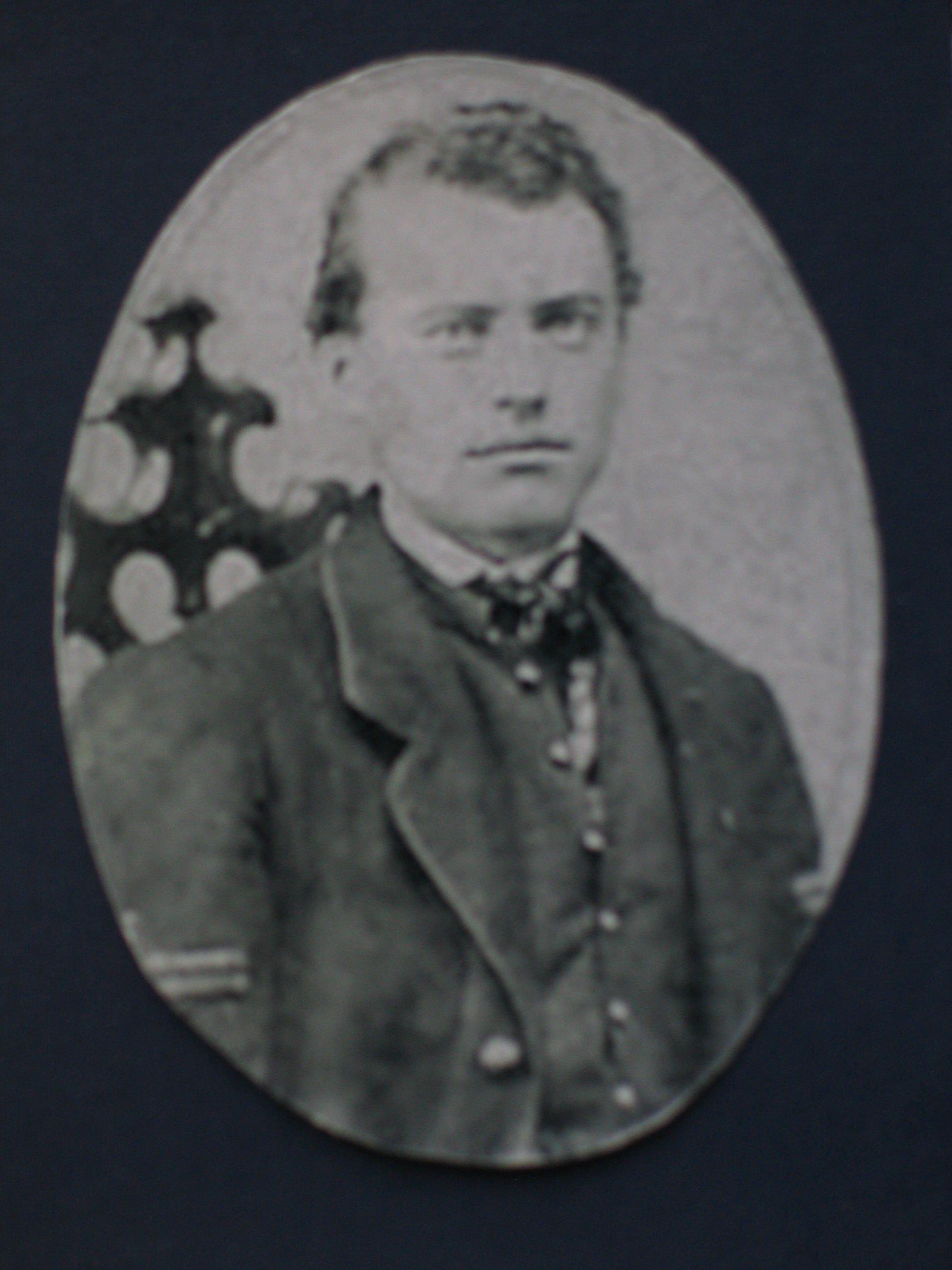 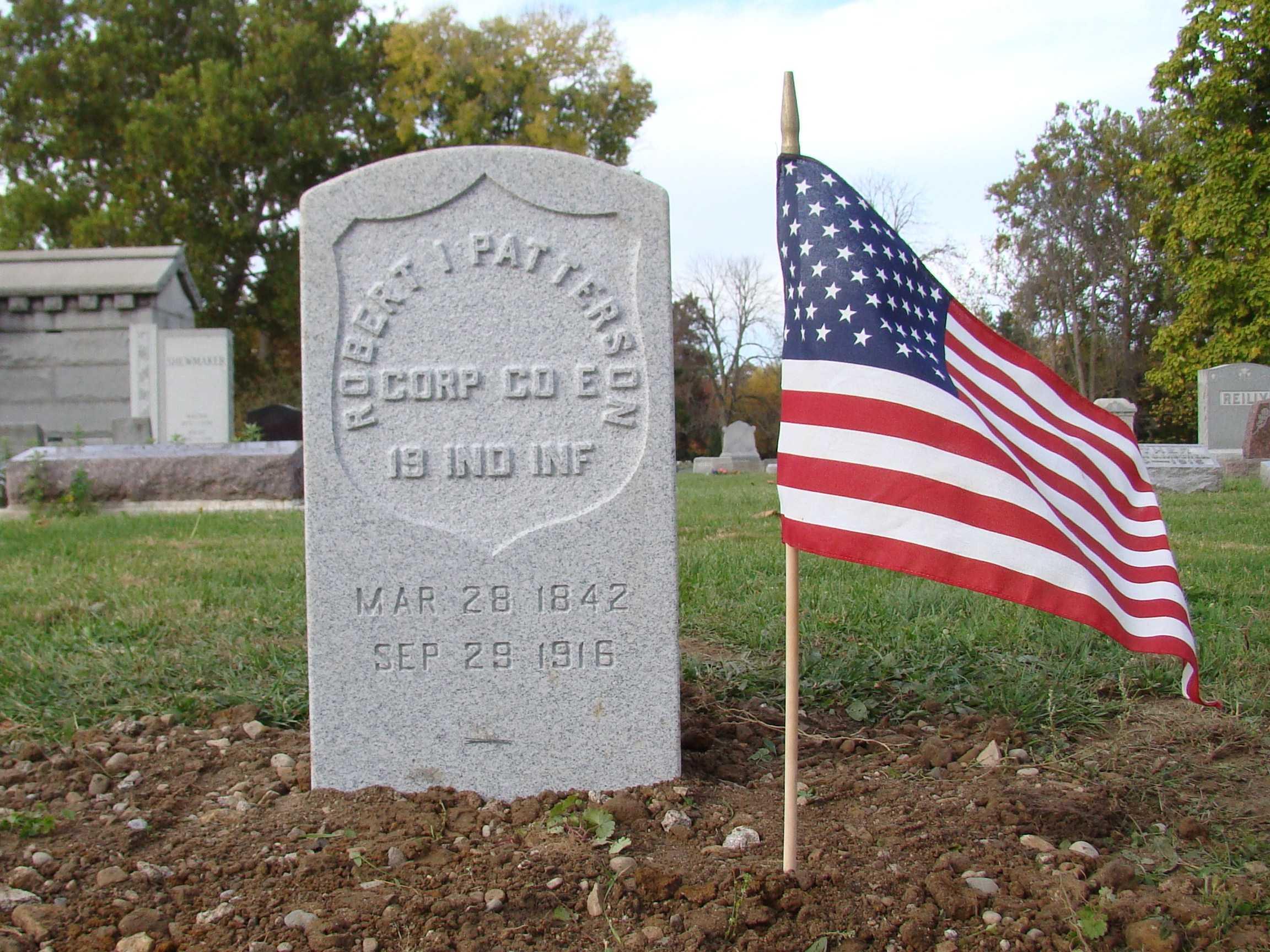 Private Patterson was promoted to Corporal and held that rank until he left the service in the fall of 1864. He was wounded at the Battle of Antietam on September 17th, 1862 and again at the Battle of Gettysburg on July 1st, 1863. He was captured at Gettysburg but was soon paroled and he returned to the regiment. Robert was seriously hurt in a train accident in the winter of 1864 near Pittsburg PA.

For a good many years he was the commander of GAR post 78 in Muncie Indiana.

Robert filed for a pension in January of 1882.