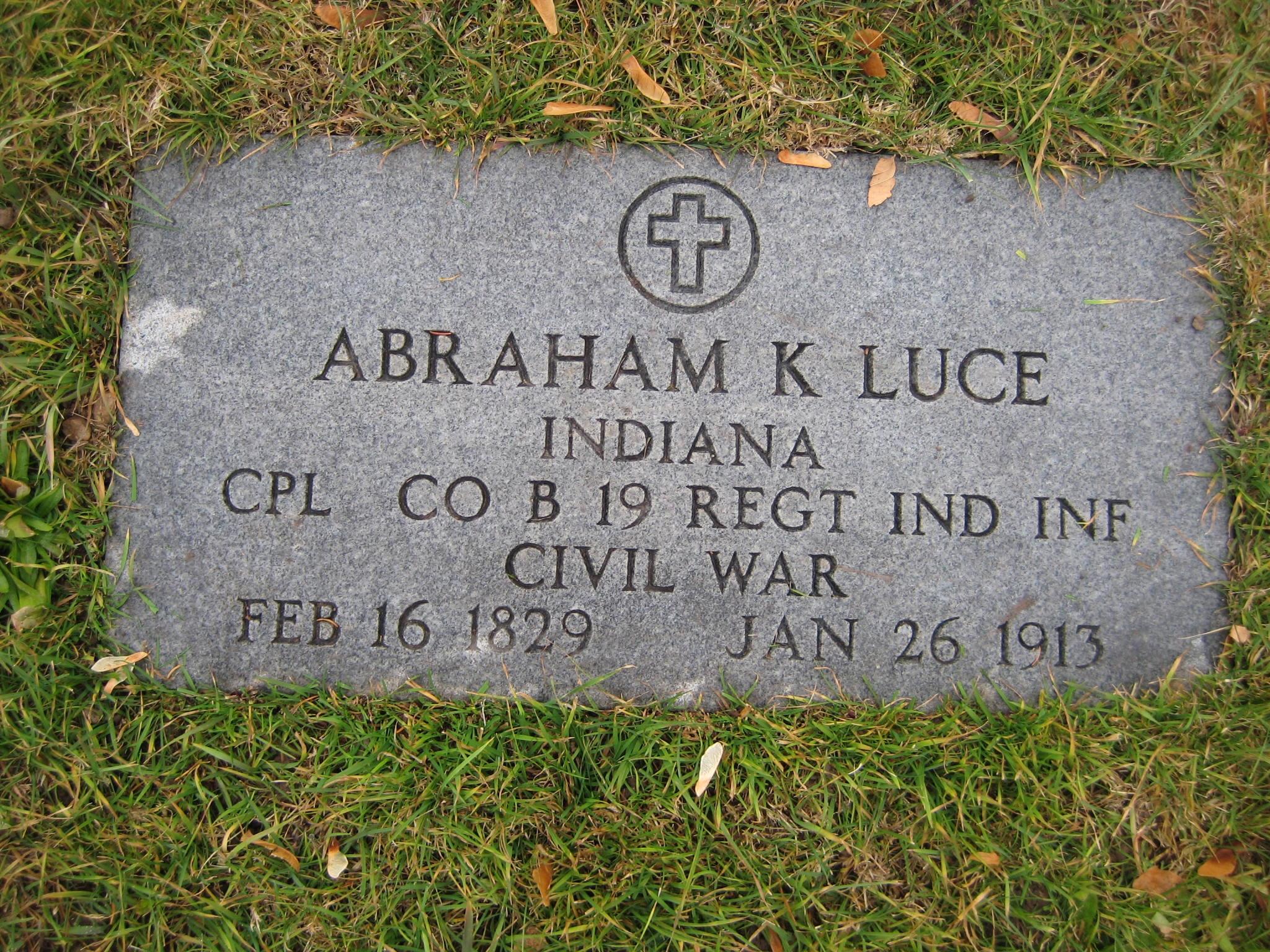 Corporal Luce contracted typhoid fever soon after arriving in Washington D.C. in the fall of 1861. He would be discharged from the service for disability on November 14th of that same year.

On January 15th, 1864 Abraham was mustered in as a private in Company C of the 9th Indiana Cavalry were he served until his muster out on August 28th, 1865 holding the rank of corporal.

Soon after the war ended he moved to the Utah Territory and worked in the lumber trade.