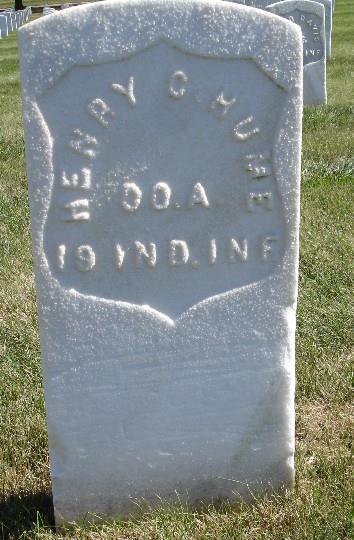 Private Hume was discharged for disability on February 6th, 1863 while in Philadelphia Pennsylvania. On May 21st, 1864 he was mustered into Company D of the 136th Indiana Infantry and served there until September 2nd, 1864. Then on March 1st, 1865 he mustered into Company G of the 147th Indiana Infantry until his final muster out on August 4th, 1865.

Henry was checked into the Dayton National Military Home on January 29th, 1915 and died there at the hospital just over two weeks later.