Mustered into service as a Private December 19th, 1864 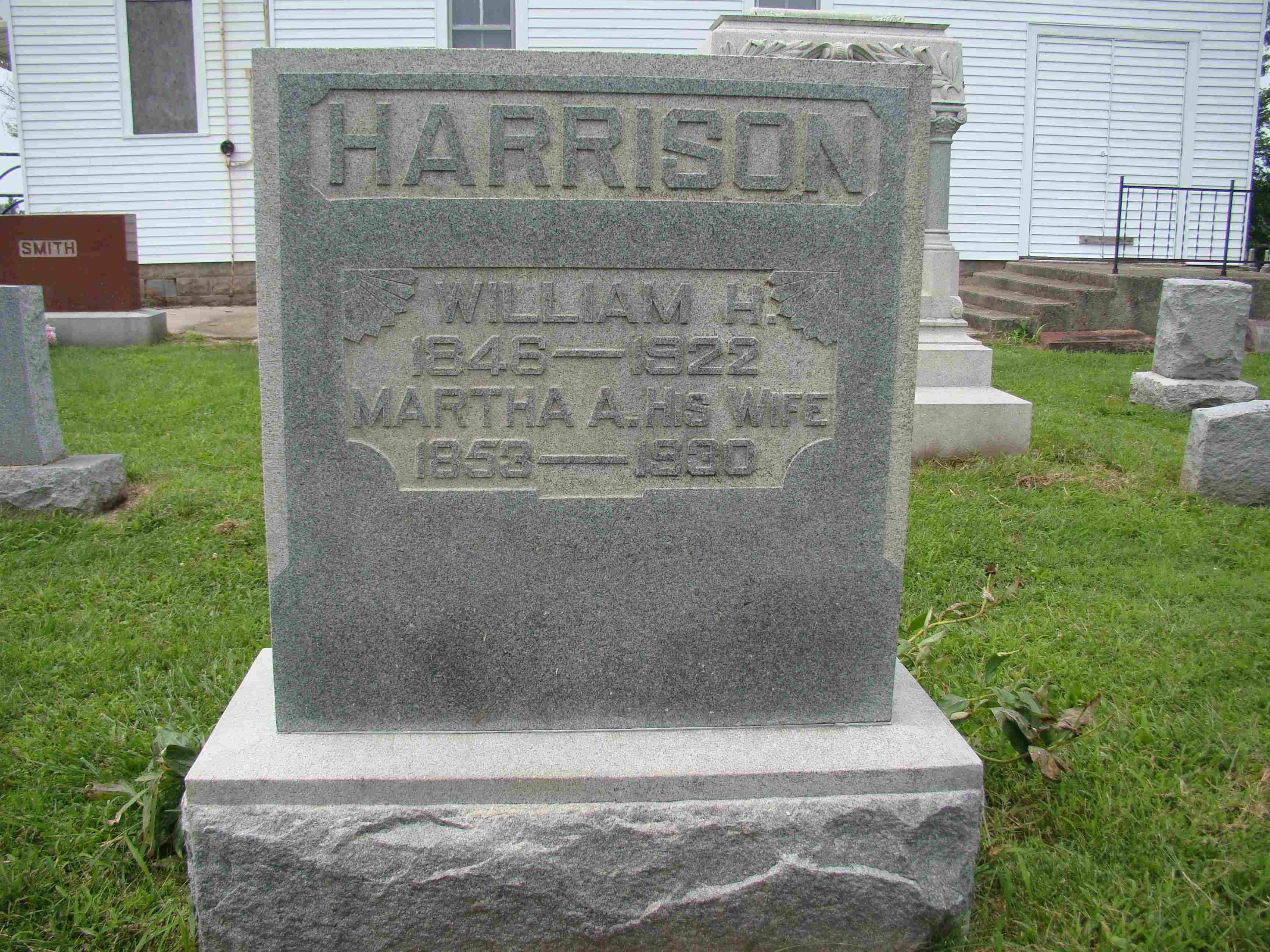 Private Harrison was put in Company A of the 20th Indiana Infantry in the fall of 1864 where he served until his muster out as a Corporal on July 12th, 1865.

His headstone date of death is incorrect. His death certificate gives the date as being 1923. His widow Martha filed for a "Widows" pension on February 19th, 1923 two weeks after her husbands death.