Mustered into service as a Assistant Surgeon on July 29th, 1861 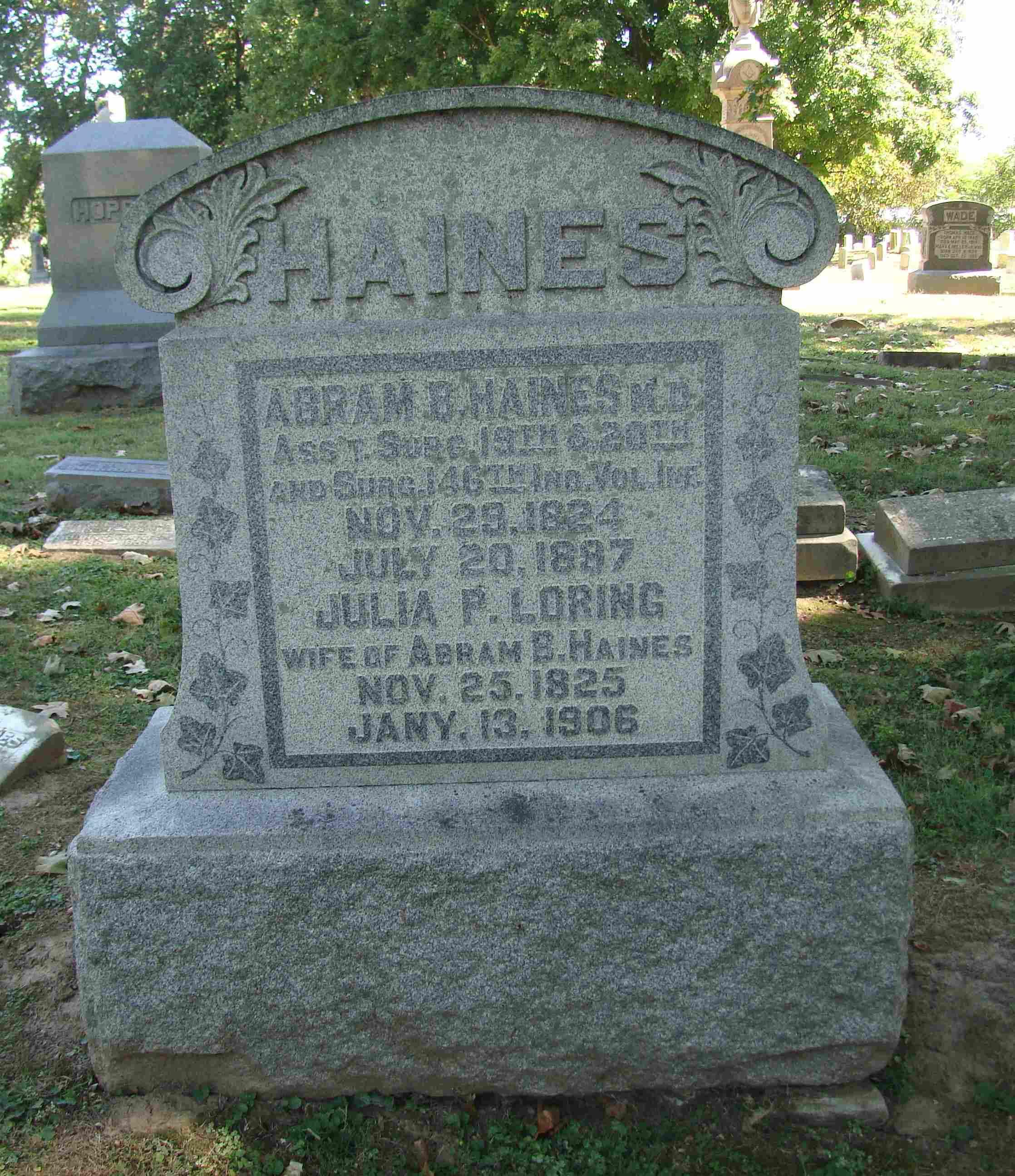 Assistant Surgeon Haines was one of the men that treated the wounded soldiers at the Lutheran Theological Seminary after the Battle of Gettysburg. He remained with the 19th Indiana until it was folded into the 20th Indiana Infantry in the fall of 1864. Abraham mustered out of the 19th Indiana in March of 1865 but would join the 146th Indiana Infantry the following month as a surgeon. On August 31st, 1865 while in Baltimore Maryland he mustered out of the service for good.

After the war he returned to Indiana to continue his medical practice.