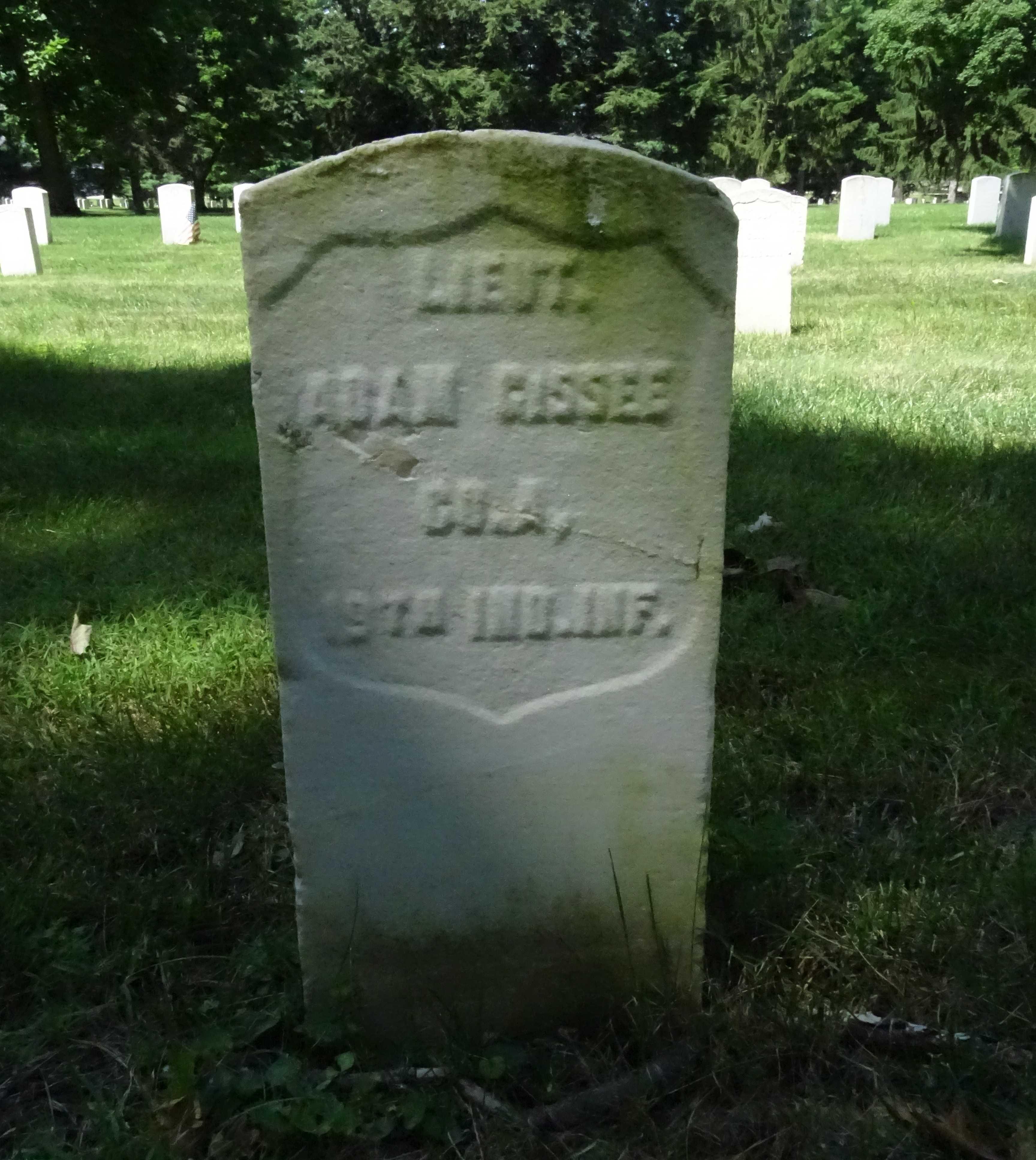 Sergeant Gisse was shot in the right leg about halfway between the hip joint and knee at the Battle of Second Bull Run on August 30th, 1862. The bullet was removed and he was sent to a hospital in Washington D.C. He rejoined the regiment on the 20th day of November 1862. Adam was later promoted to 2nd Lieutenant and left the service with that rank in the fall of 1864.

After the war he served four years as Justice of the Peace in Madison County Indiana.