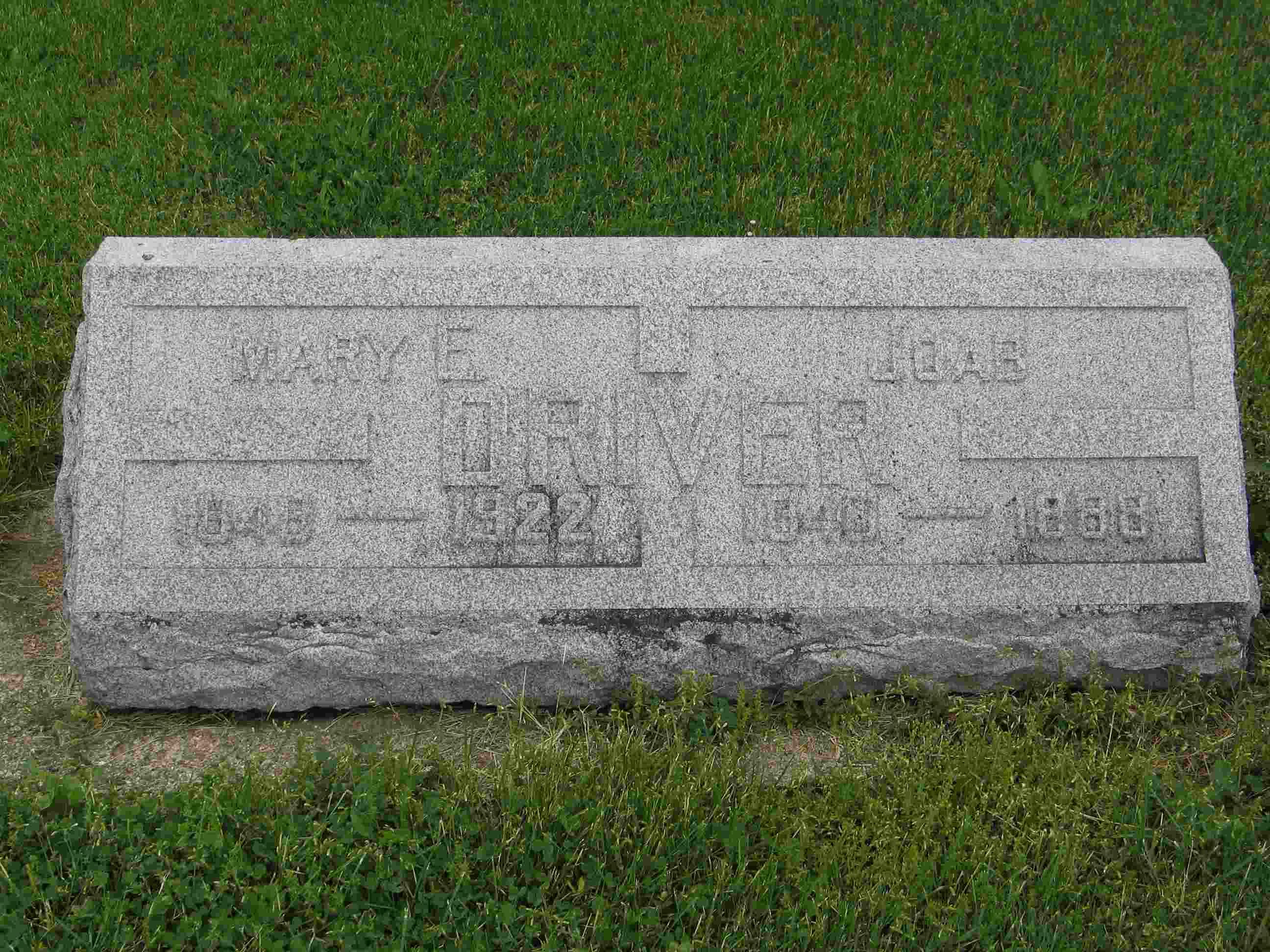 Private Driver was wounded in the calf of his leg at the Battle of Antietam on September 17th, 1862. After being discharged from the 19th Indiana he mustered into Company F of the 134th Indiana Infantry on May 24th, 1864 as a Lieutenant. He stayed with that regiment until their final muster out on September 2nd, 1864.