Mustered into service as a Private on February 18th, 1864 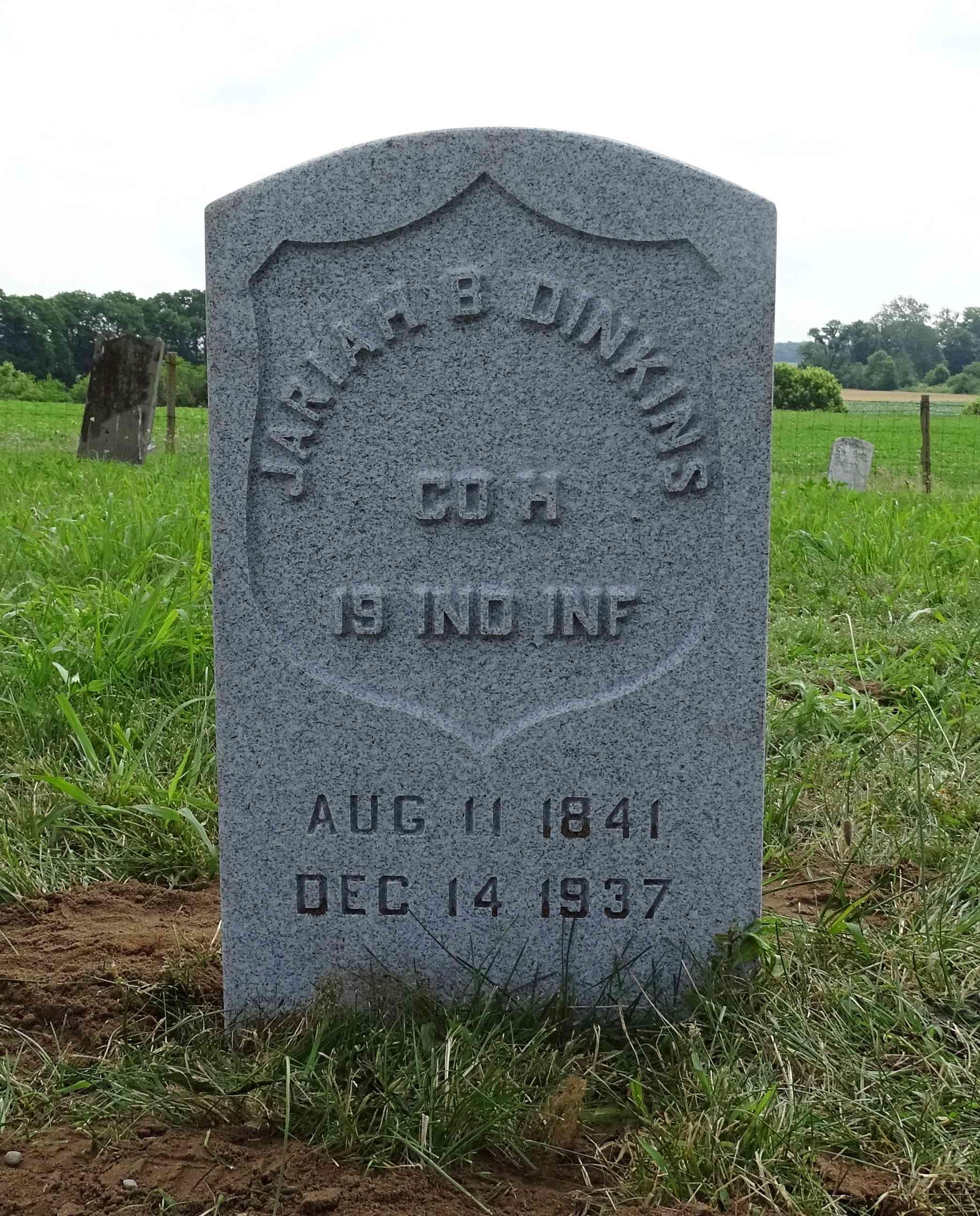 Private Dinkins was severely wounded on June 20th, 1864 in the fighting around Petersburg Virginia. Was transferred to Company G of the 20th Indiana Infantry in the fall of that year and he would serve there until his muster out on July 12th, 1865.

After the assassination of Abraham Lincoln Jariah was one of the soldiers that stood guard over the body of he dead president as it laid in state in Washington D.C.