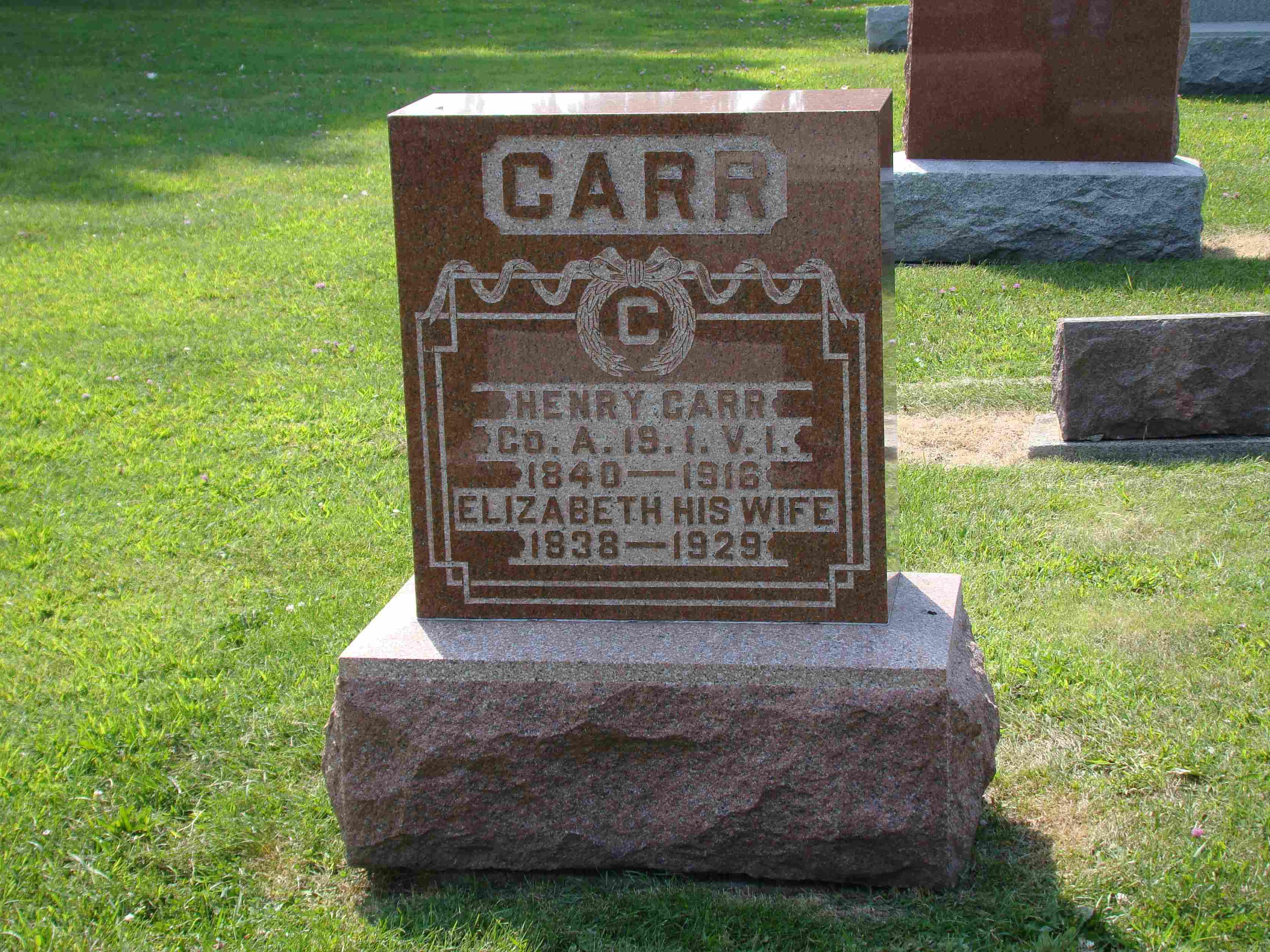 Private Carr was wounded at the Battle of Brawner Farm on August 28th, 1862 and was discharged from the service in December of that same year. He again joined the Army on April 11th, 1864 as a Private in Company C of the 26th Indiana Infantry. He served there until his muster out on October 31st, 1865.

Henry Carr was born in Ireland and came to America in 1856.

Henry's death certificate states that he was born on December 27th, 1837.