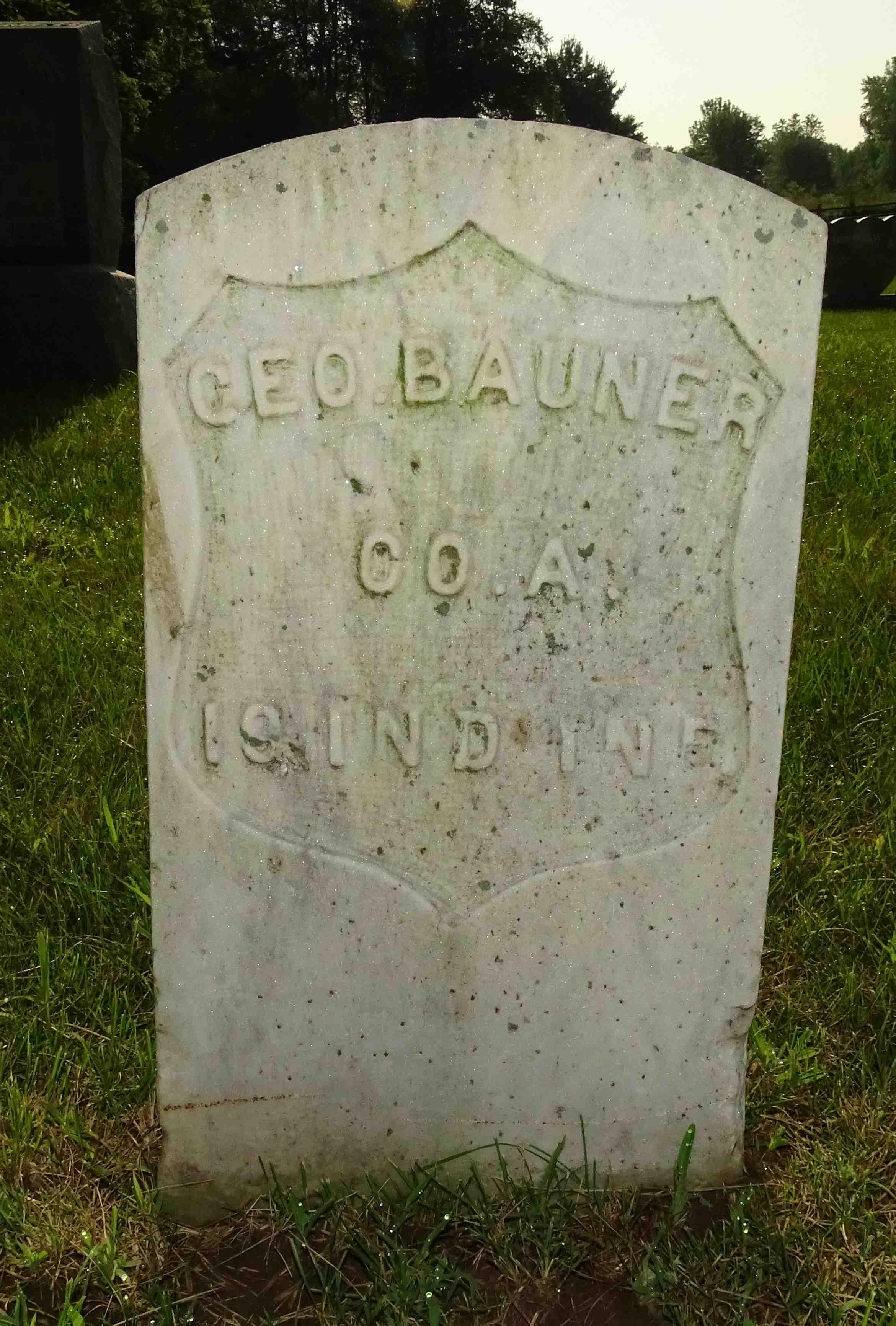 Private Bauner was captured at the Battle of the Wilderness on May 5th, 1864. At that time he weighed 156 pounds. He spent time in the Andersonville Prison in Georgia and then transferred to the Florence Prison in South Carolina. He was released on March 1st, 1865 and at that time he only weighed 84 pounds.

He filed for and received a pension after the war.

George was born in Heidelburg Germany and came to America in 1850.