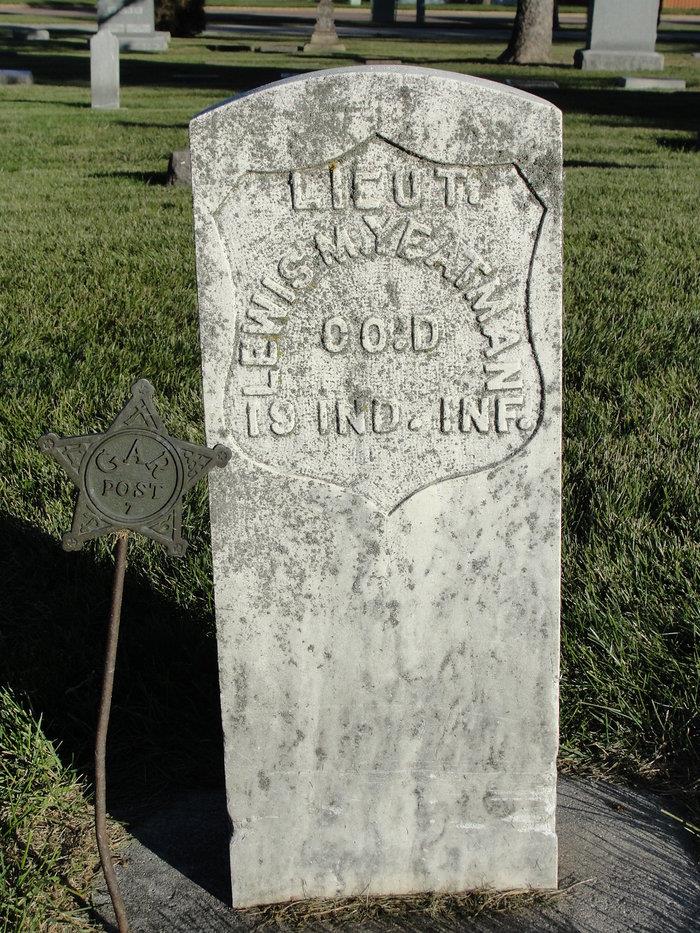 Photo by Deb Mehrer at Find A Grave

Private Yeatman rose in the ranks reaching 1st Lieutenant by the fall of 1864. He was wounded at the battles of Brawner Farm, Antietam, Gettysburg and lastly during the fighting around Petersburg Virginia in the summer of 1864. In early October of 1864 he mustered out of the 19th Indiana and by the end of the month he joined Company I of the 142nd Indiana Infantry where he served until his muster out on July 14th, 1865 while in Nashville Tennessee.