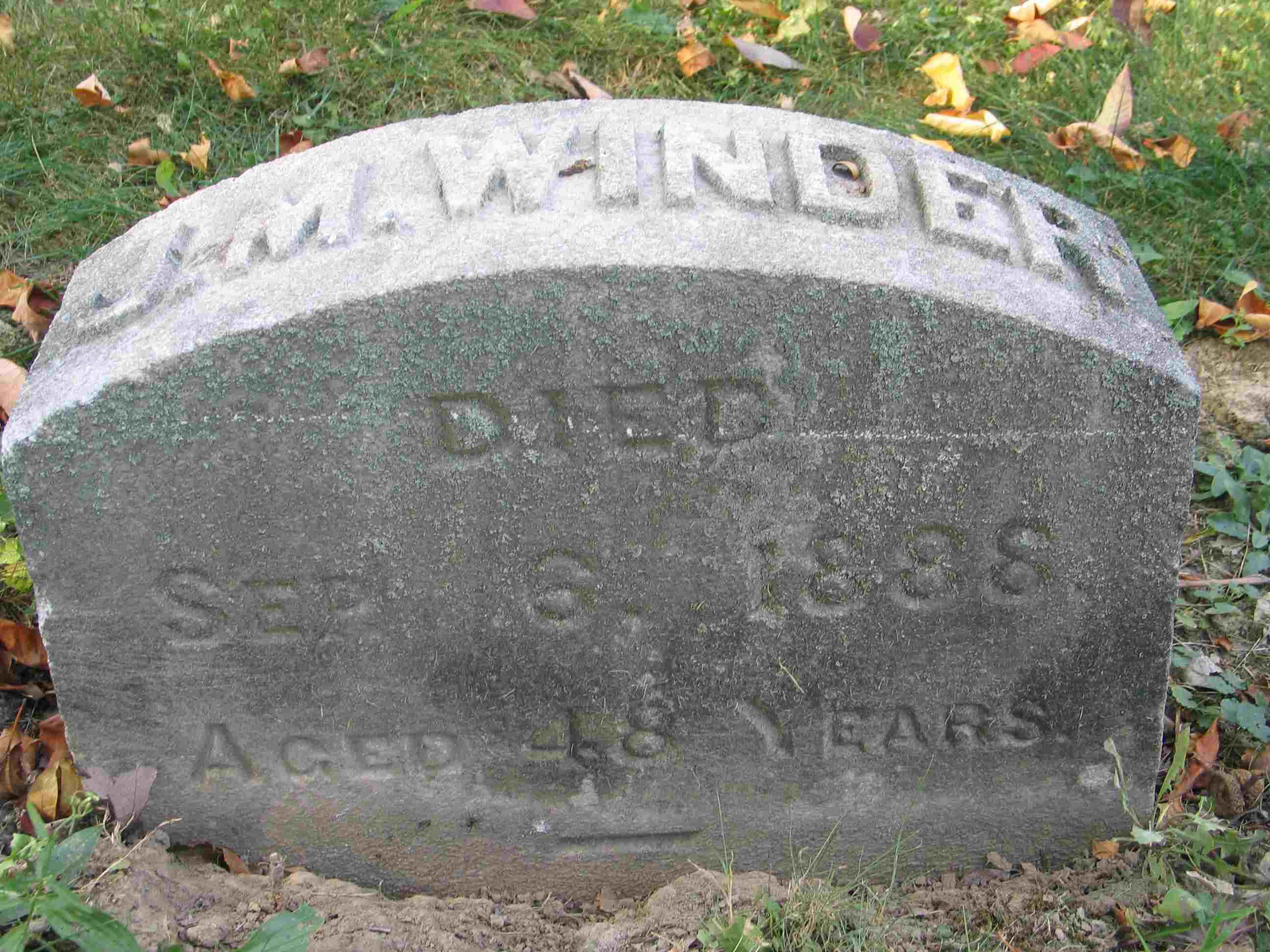 Private Winder as admitted to the hospital with a case of remittent fever on September 3rd, 1861 soon after arriving in Washington D.C. He was released to duty on October 29th but would be discharged for disability in December of that same year.