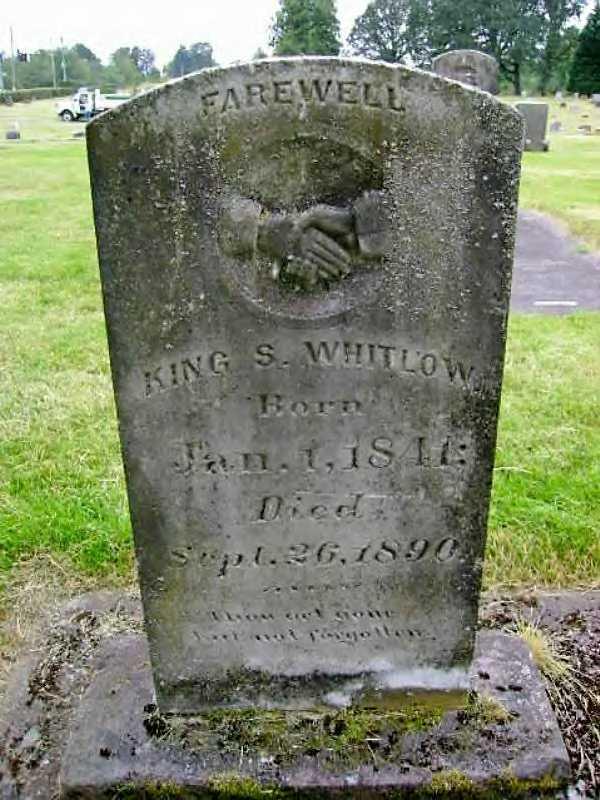 Photo courtesy of Nicole at Find A Grave

Private Whitlow was wounded in the knee at the Battle of Brawner Farm on August 28th, 1862. He served with the 19th until his muster out in July of 1864.

His brother James was also in Company B and would die from his wounds that he received at the Battle of Gettysburg.

King filed for a pension in November of 1864.