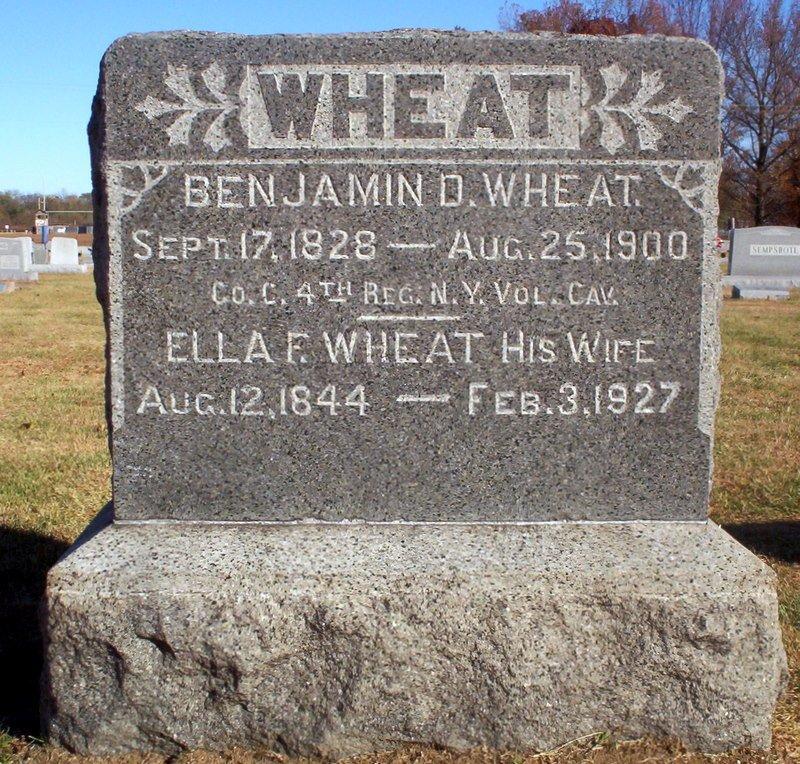 1st Sergeant Wheat was one of the few men in the 19th Indiana that saw military service prior to the Civil War having served in the Mexican War.

He was discharged for disability early in the war but he would later join Company C of the 4th New York Calvary as a Private. He mustered out from that regiment on August 29th, 1864.