Mustered into service as a Private on March 8th, 1864 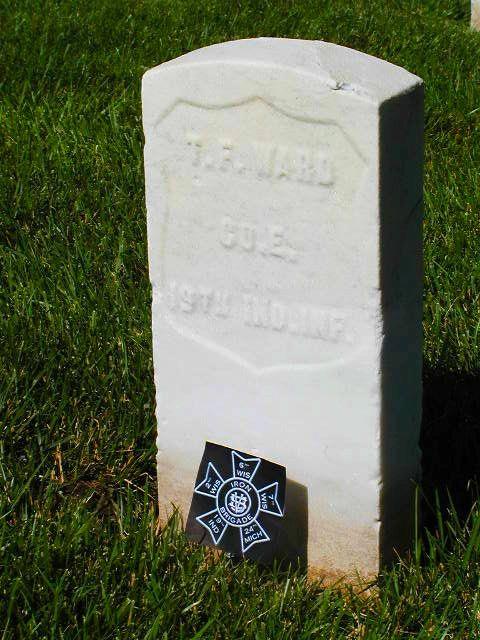 Private Ward was wounded during the fighting around Petersburg Virginia on July 30th, 1864. In the fall of 1864 he was transferred to Company E of the 20th Indiana Infantry where he served until his muster out on July 12th, 1865 while at Jeffersonville Indiana.

He checked into the Soldiers Home in Leavenworth Kansas in December of 1892 and remained there until his death.