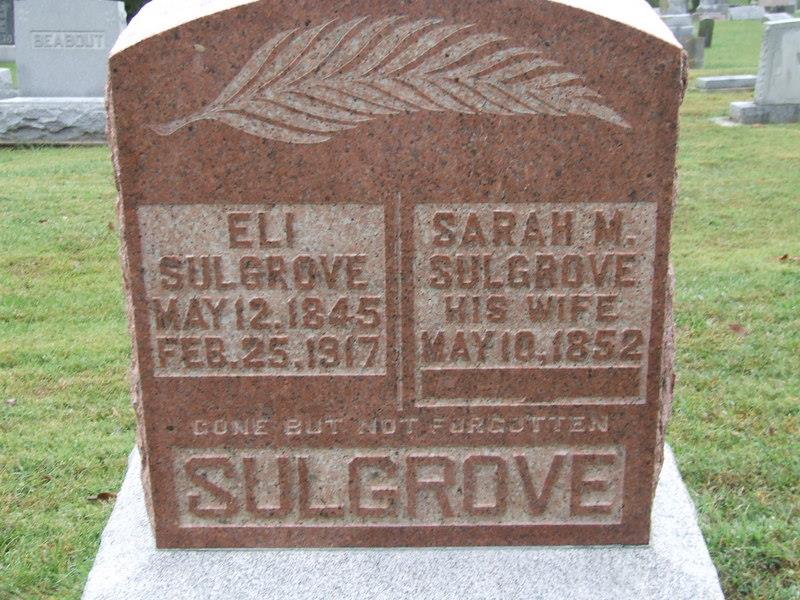 Photo by Carol Strode at Find A Grave

Private Sulgrove was diagnosed with typhoid fever soon after arriving in Washington D.C. in the late summer of 1861. He was sent to a hospital in Baltimore Maryland where he made a complete recovery. He returned to the regiment and was with them until he was sent on temporary duty in the Division Commissary in the spring of 1864. He transferred to Company I of the 20th Indiana Infantry were he served until his muster out on July 12th, 1865.

He filed for a pension in September of 1883.