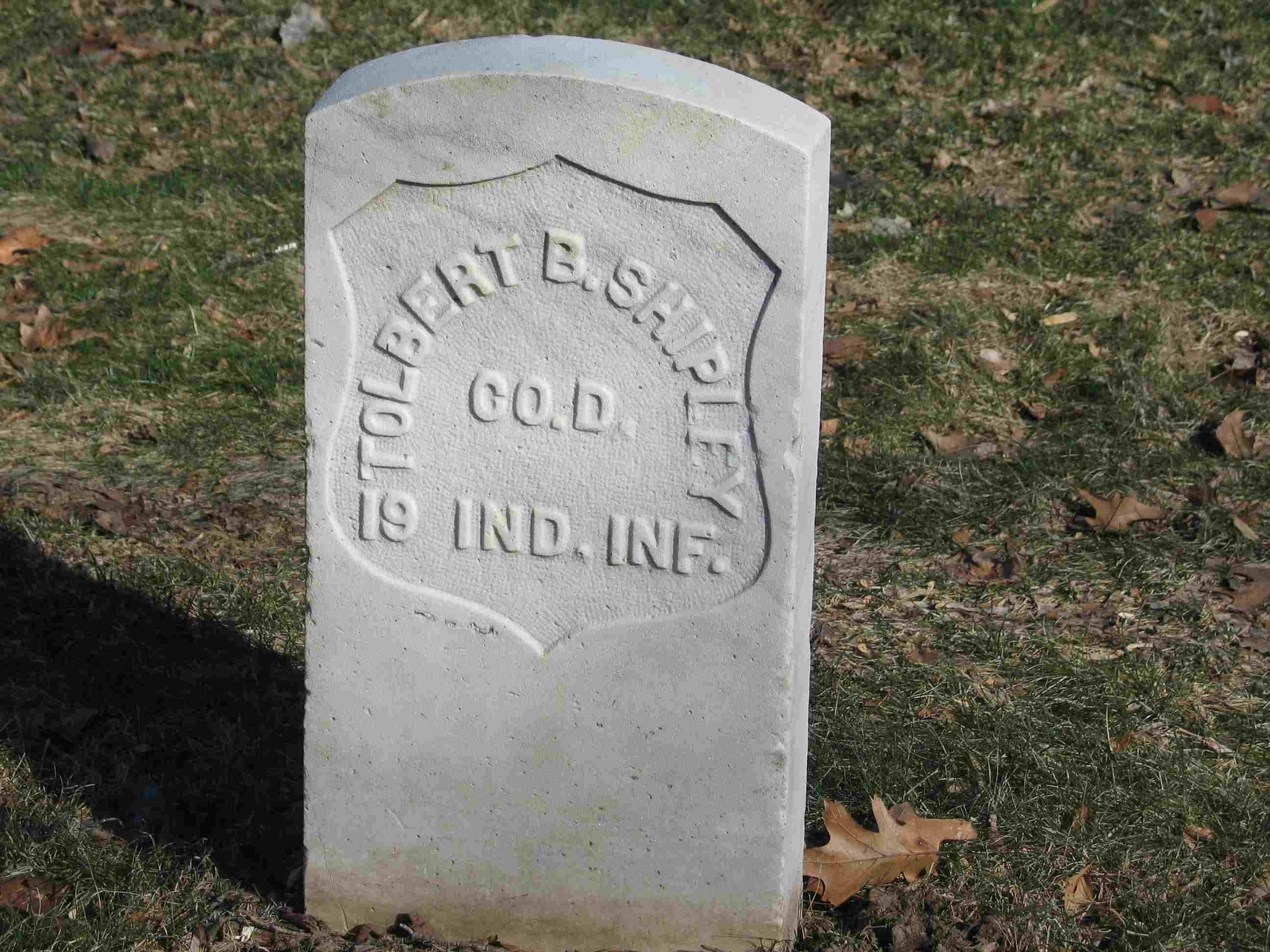 Private Shipley was detached as a Brigade Teamster and a Divisional Teamster in 1863. He was wounded at the Battle of the Wilderness on May 5th, 1864. He was taken to a hospital in Philadelphia where he stayed until August of that year.  In the fall he transferred to Company I of the 20th Indiana Infantry where he remained until his muster out on July 12th, 1865.