Private Sherrod became sick at the start of 1862 and spent four months in the hospital in Philadelphia Pennsylvania. He was discharged for disability on May 12th, 1862.

On June 7th, 1862 he joined Company F of the 55th Indiana Infantry. This was a three month regiment and Samuel served there until the regiment was mustered out. 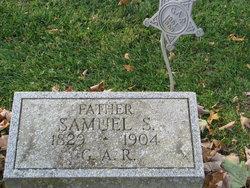 Photo by Katherine White at Find A Grave