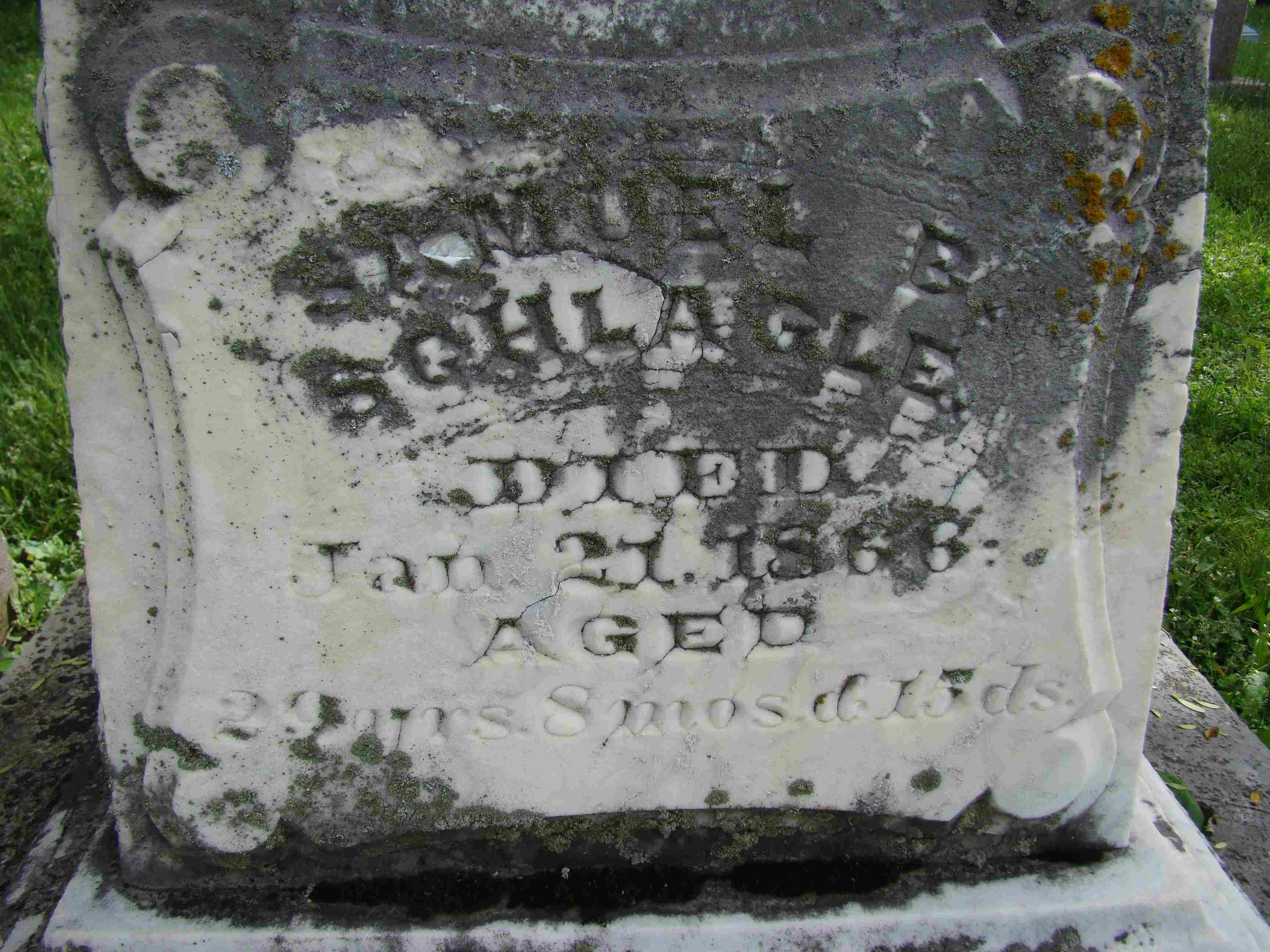 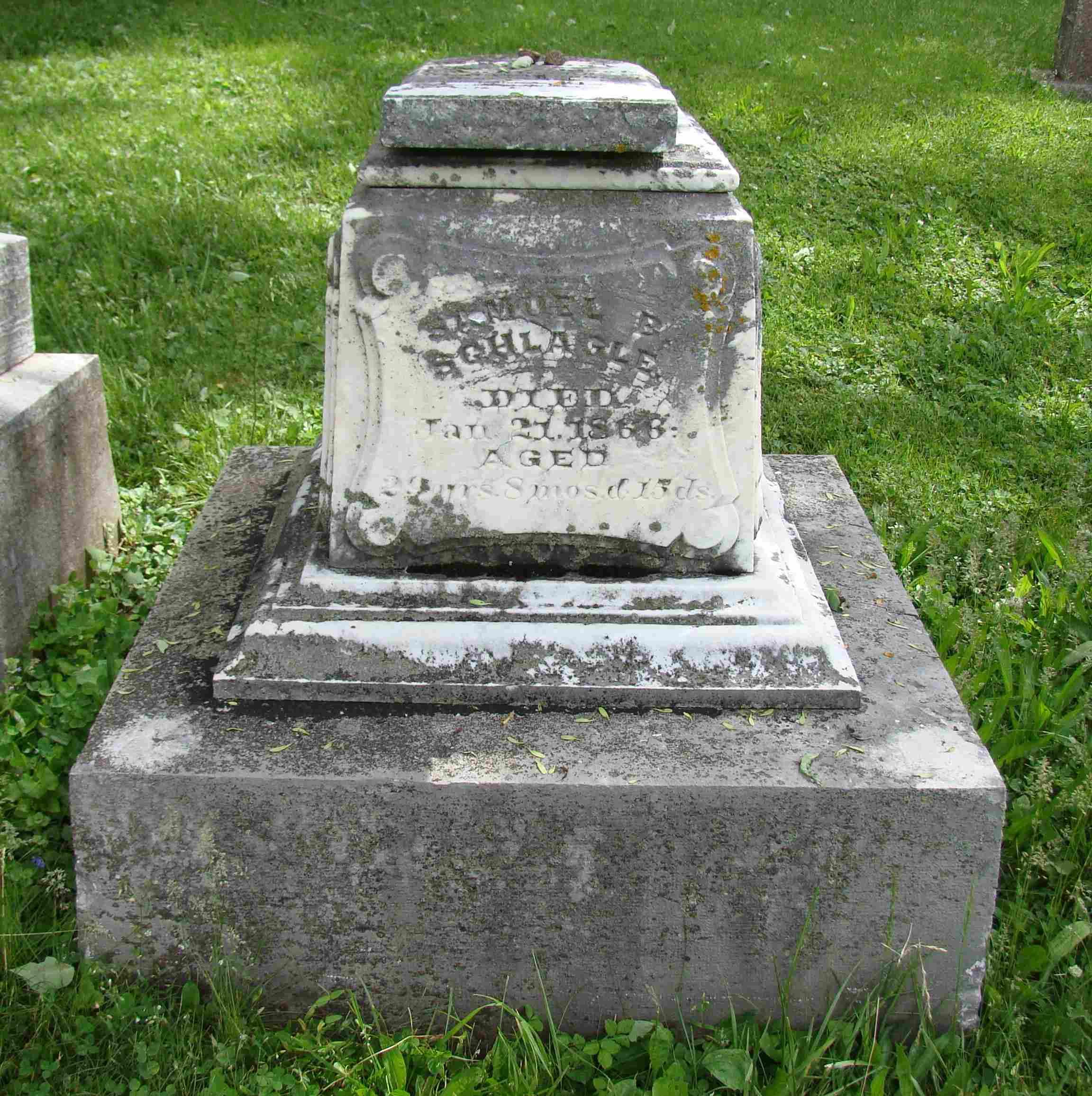 1st Sergeant Schlagle was wounded in the leg at the Battle of Brawner Farm on August 28th, 1862. He was wounded in both thighs at the Battle of Gettysburg on July 1st, 1863 and at the time was holding the rank of 1st Lieutenant.  After being wounded he remained on the field for four days until help arrived. Samuel returned to Indiana later that year and would muster out of the service.

He never regained his health and died of consumption in early 1866.