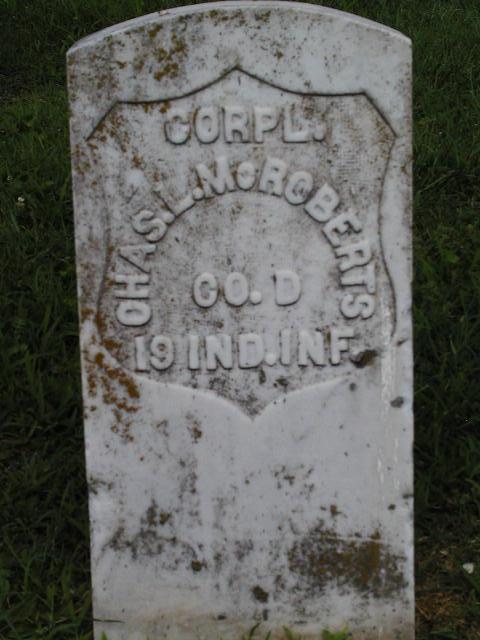 Corporal McRoberts was one of the tallest men in the 19th Indiana standing 6 foot 3 inches tall. He was wounded at the Battle of Gettysburg on July 1st, 1863 and spent the next 6 months in hospitals. He mustered out of the 19th Indiana in July of 1864. He went into the Veteran Reserve Corps in March of 1865 and remained there holding the rank of Sergeant until his muster out on March 22nd, 1866 in Washington D.C.