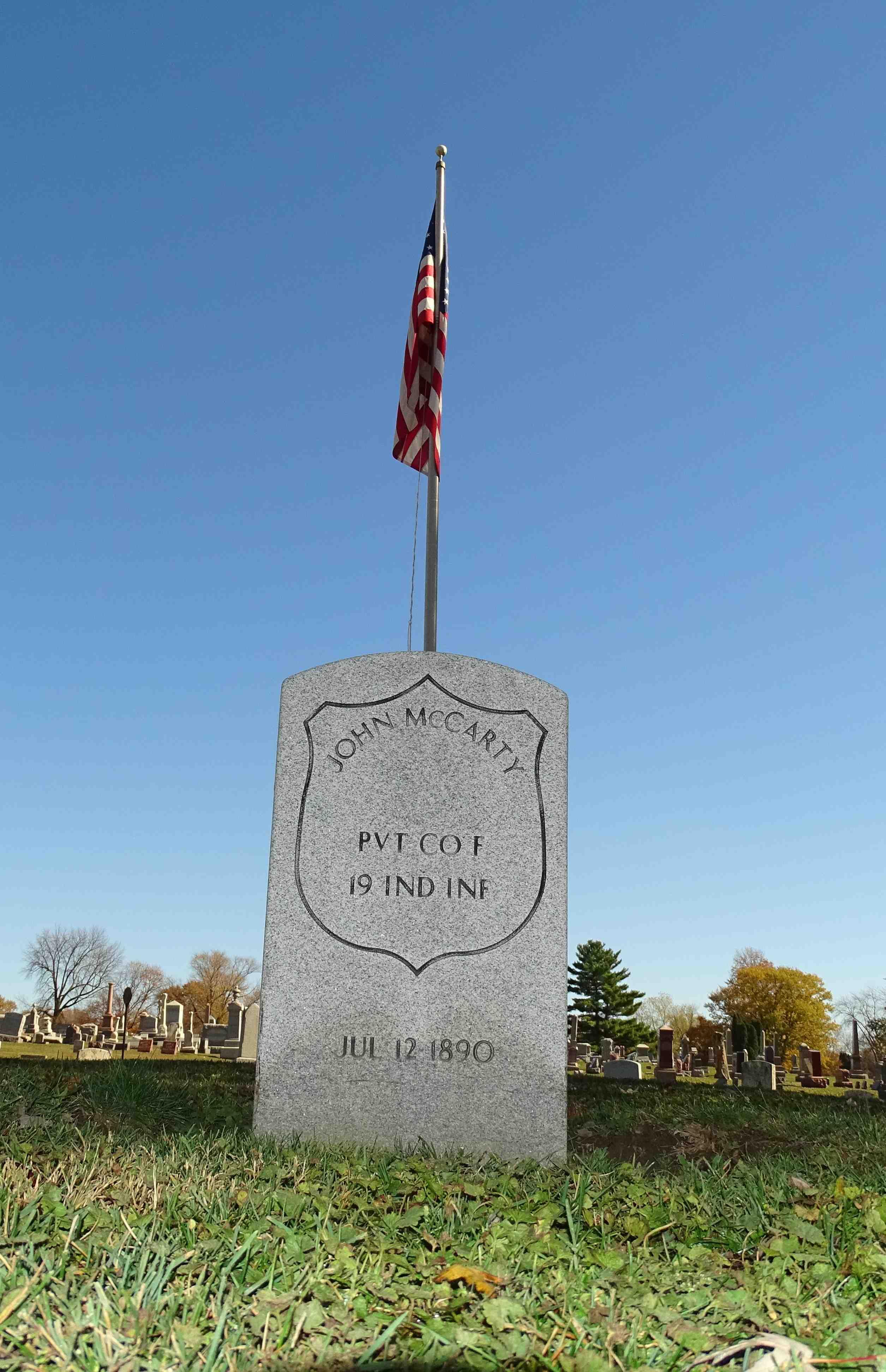 Private McCarty was wounded at the Battle of Antietam on September 17th, 1862 and again on June 18th, 1864 during the fighting around Petersburg Virginia. He served his full three year enlistment mustering out in July of 1864.

John check into the Dayton Ohio Soldiers Home on July 1st, 1879 and remained there until January of 1887. At that time he had lost the sight in his right eye and the vision in his left eye was impaired. It was also noted that he had a gunshot wound to the right forearm.