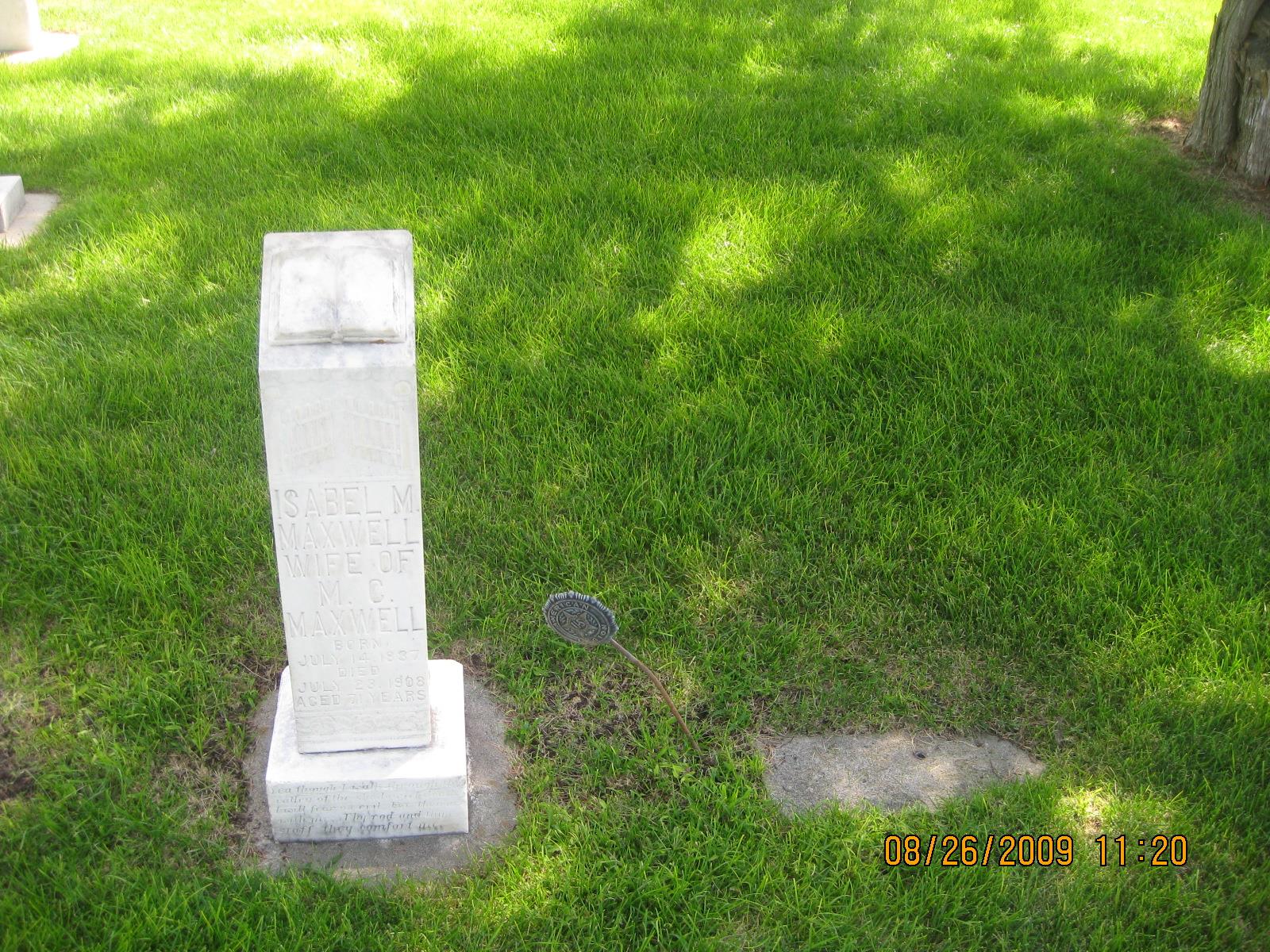 He died at the Sawtelle California Soldiers Home and buried there. On April 4th, 1918 he was moved back to his home in Nebraska.

Mordecai is currently in a unmarked grave to the right of his wife Isabel Maxwell.