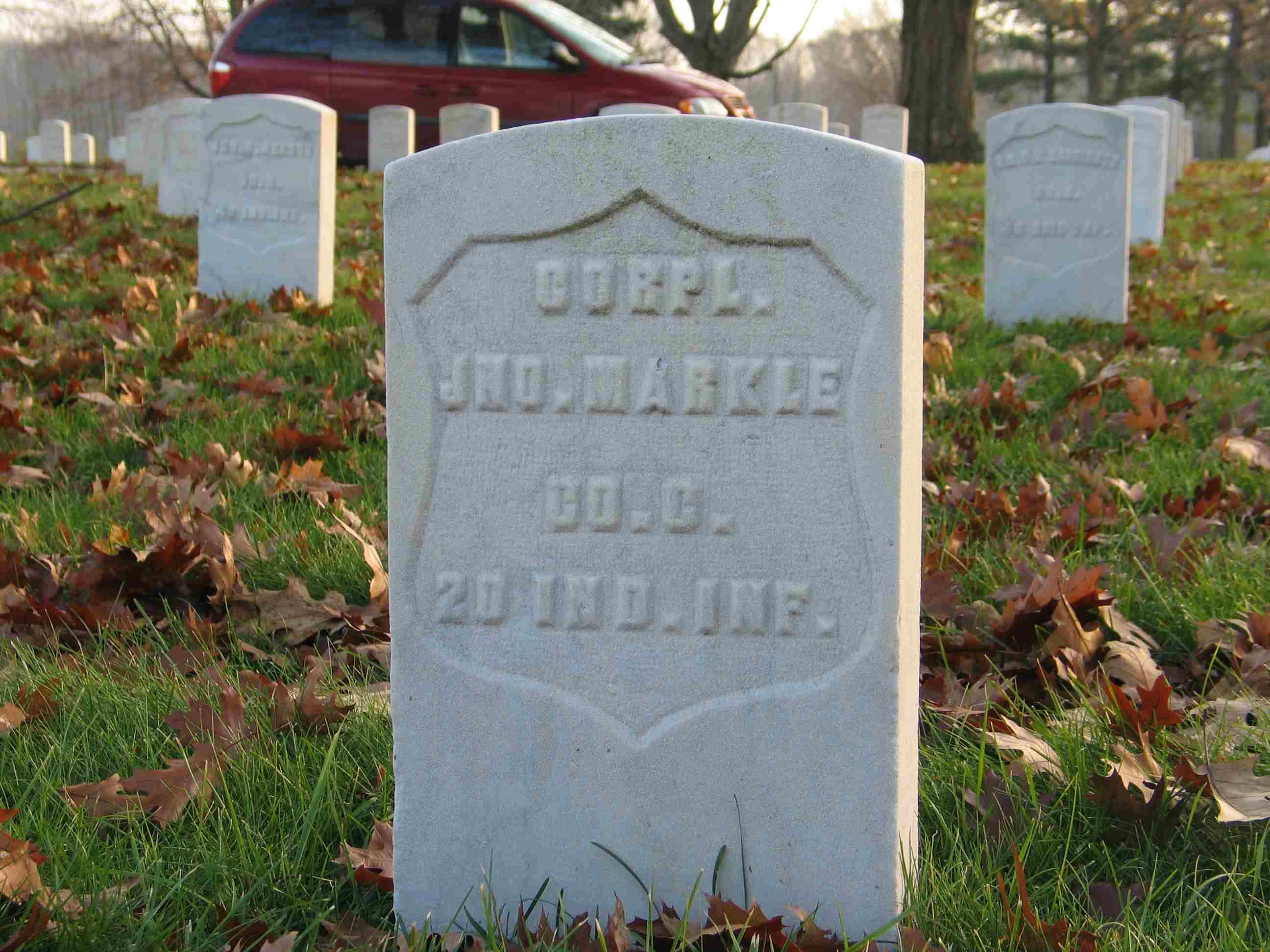 Private Markle was captured at the Battle of Gettysburg on July 1st, 1863. He soon returned to the regiment and served with the 19th Indiana until the fall of 1864. At that time the regiment was so depleted from combat casualties and sickness they were folded into the 20th Indiana Infantry. John was put into Company C of that regiment and stayed there until the end of the war. He mustered out holding the rank of Corporal.

John Markle never married and died at the Soldiers Home in Marion Indiana.