At the age of 14 Leroy Magee tried to join Company B but was rejected because he was too young. He served as a servant to Lieutenant Davis Castle and went to Washington D.C. with the regiment in the fall of 1861. Leroy soon returned home and was able to muster into Company A of the 63rd Indiana Infantry on June 23rd 1862. He transferred to the 18th U.S. Infantry on November 24th, 1862 but was discharged for disability on October 1st, 1863 while at Camp Thomas in Columbus Ohio.

Leroy would die from consumption the following year. 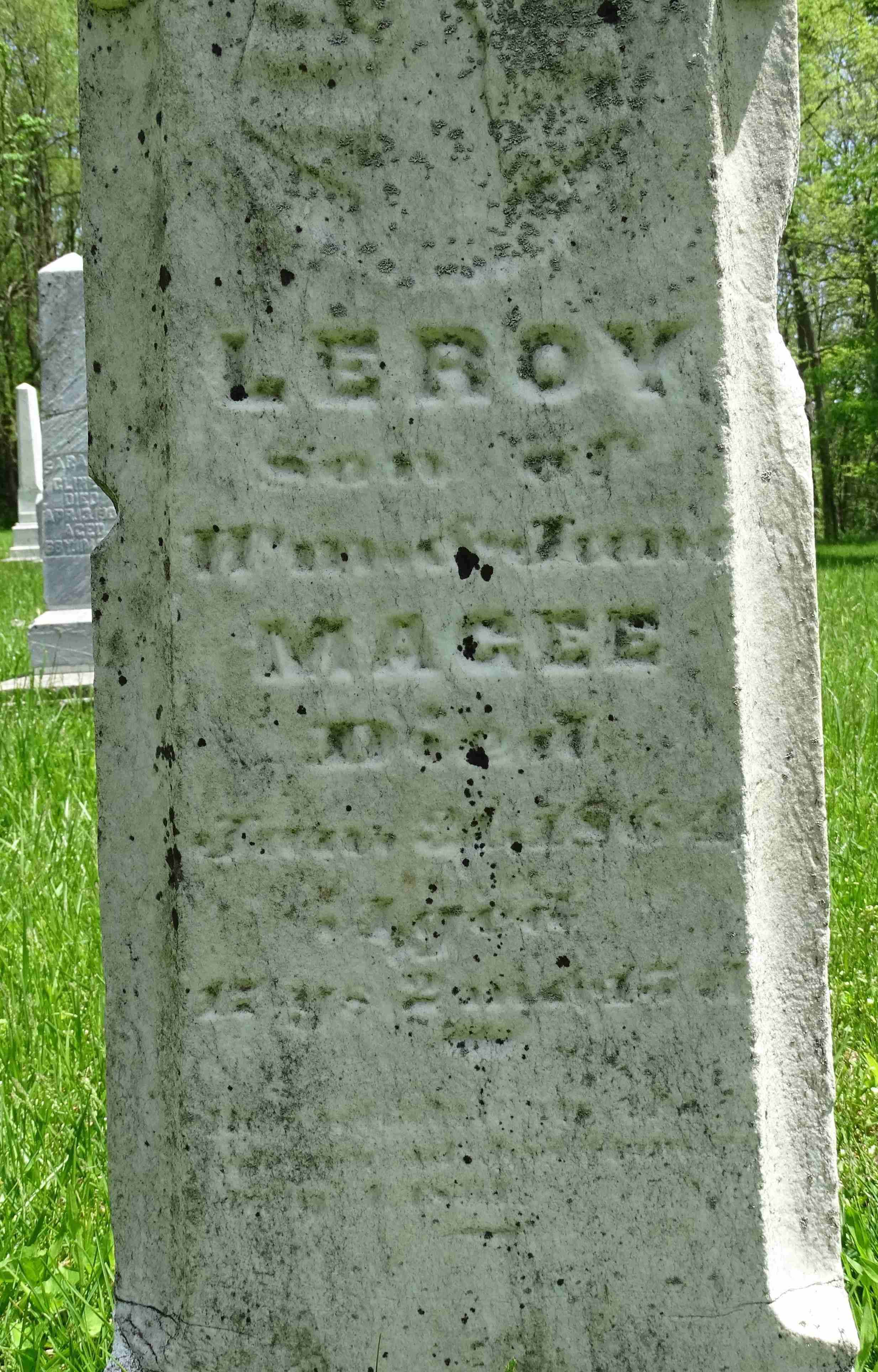