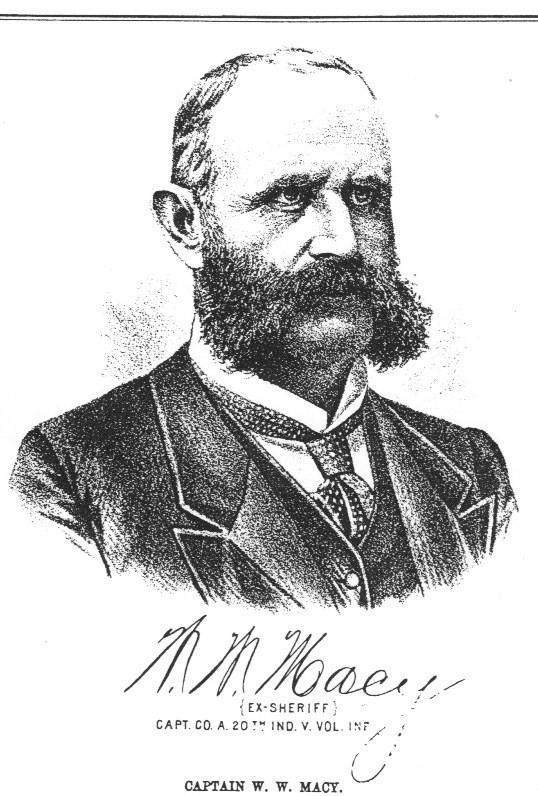 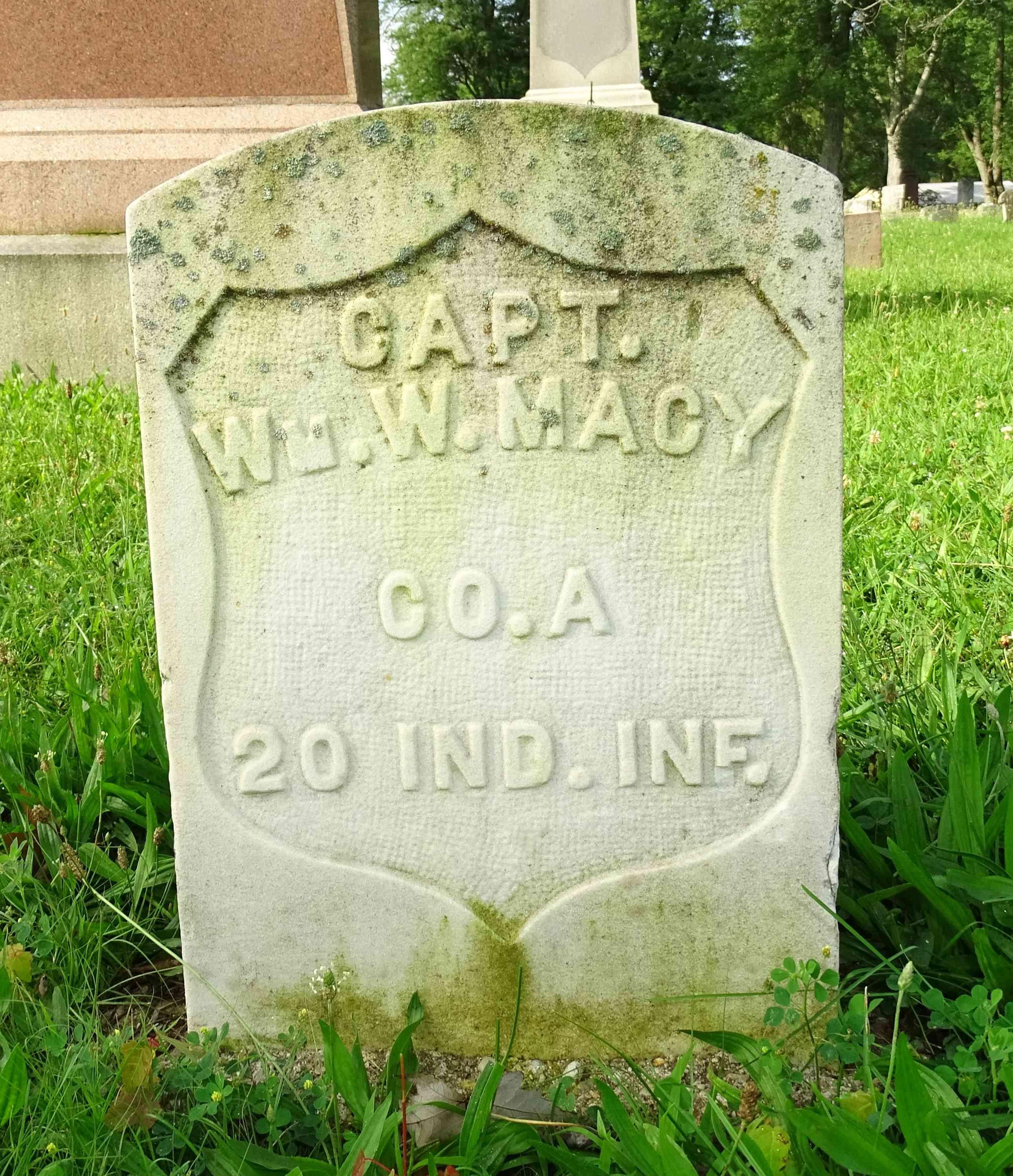 Sergeant Macy was wounded in the head at the Battle of Antietam on September 17th, 1862 and again on July 3rd, 1863 a the Battle of Gettysburg.

By the fall of 1864 the ranks of the 19th Indiana were so depleted from combat casualties and sickness they were folded into the ranks of the 20th Indiana Infantry. William was moved into that regiment serving in Companies A and I mustering out in 1865 holding the rank of Captain.