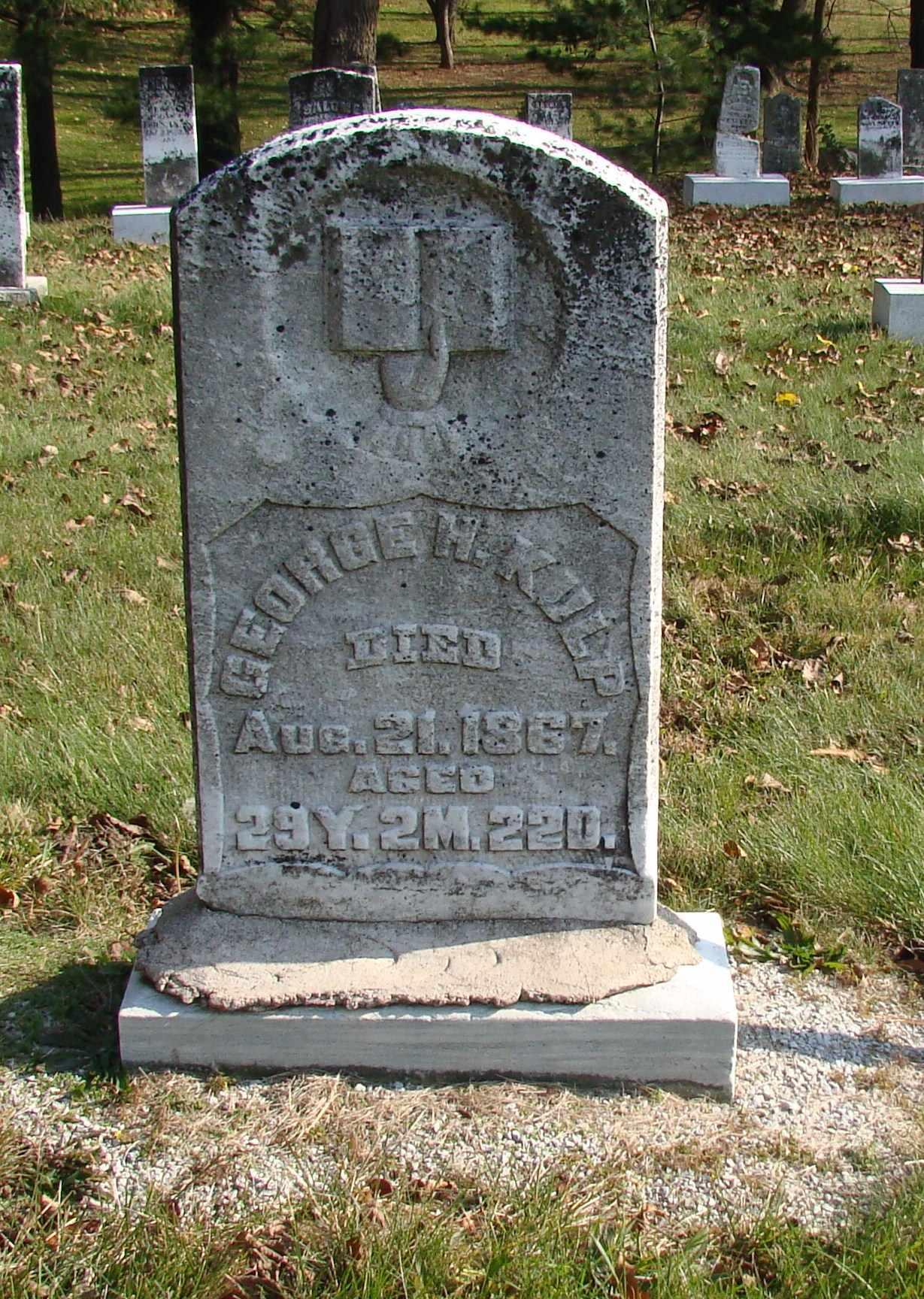 Corporal Kulp was wounded on August 30th, 1862 at the Second Battle of Bull Run and again on July 1st, 1863 at the Battle of Gettysburg. He was discharged from the service because of his wounds in December of 1863. George also served in the Veterans Reserve Corps.