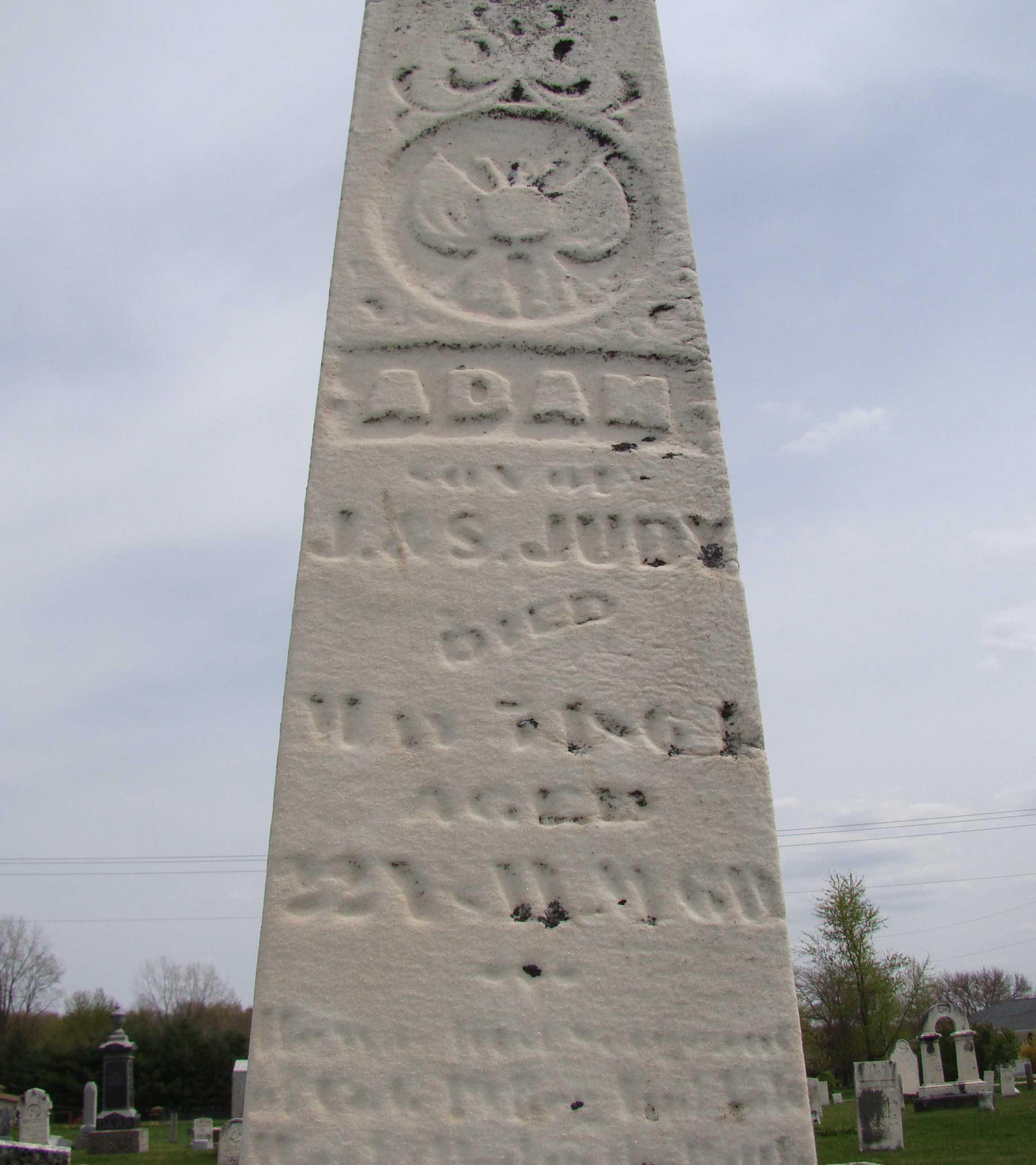 Private Juday contracted typhoid fever soon after arriving in Washington D.C. in the late summer of 1861. He recovered and returned to duty on October 16th of that same year. By the summer of 1863 he was holding the rank of Sergeant. He was wounded in the head at the Battle of Gettysburg on July 1st, 1863. He was killed at the Battle of the Wilderness.

It is possible this is a memorial headstone placed by his parents and he is not buried here but remained on the battlefield and never identified.