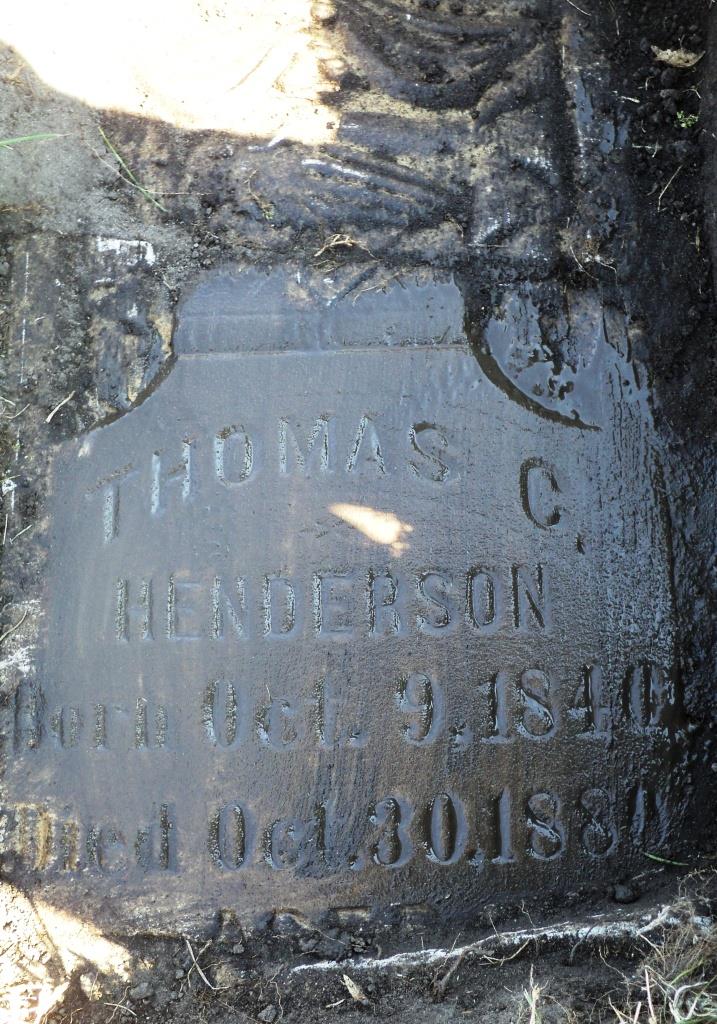 Photo by Memory Lane at Find A Grave

Private Henderson was slightly wounded on June 18th, 1864 during the fighting around Petersburg Virginia. By the fall of 1864 the ranks of the 19th Indiana were so depleted from combat casualties and sickness they were folded into the 20th Indiana Infantry. At this time Thomas Henderson was holding the rank of 2nd Lieutenant and he decided to muster out of the service. After leaving the 19th Indiana he joined Company I of the 147th Indiana Infantry as a private on February 1st, 1865. He served there until his muster out on August 4th, 1865 holding the rank of 1st Lieutenant.

Thomas never filed for a pension but his widow Elizabeth did soon after his death in 1880.