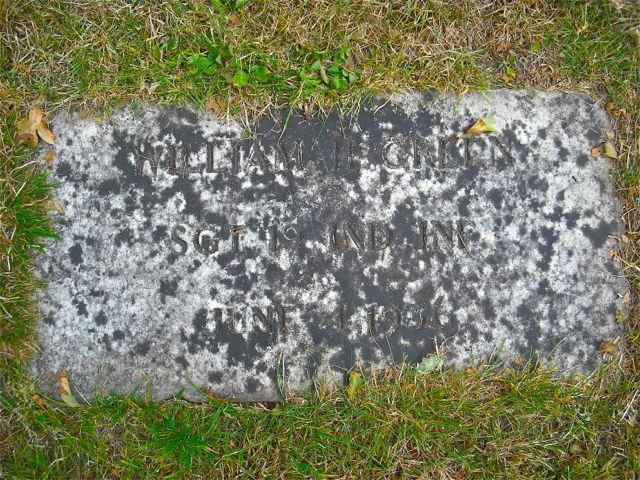 Private Green was promoted to Corporal in the spring of 1863 and was captured at the Battle of Gettysburg on July 1st, 1863. He soon returned to the regiment and in December of that year he was again promoted making the rank of Sergeant. William mustered out of the service in 1865.

He filed for a pension in January of 1897 and he also attended the 50th anniversary of the Battle of Gettysburg in July of 1913.