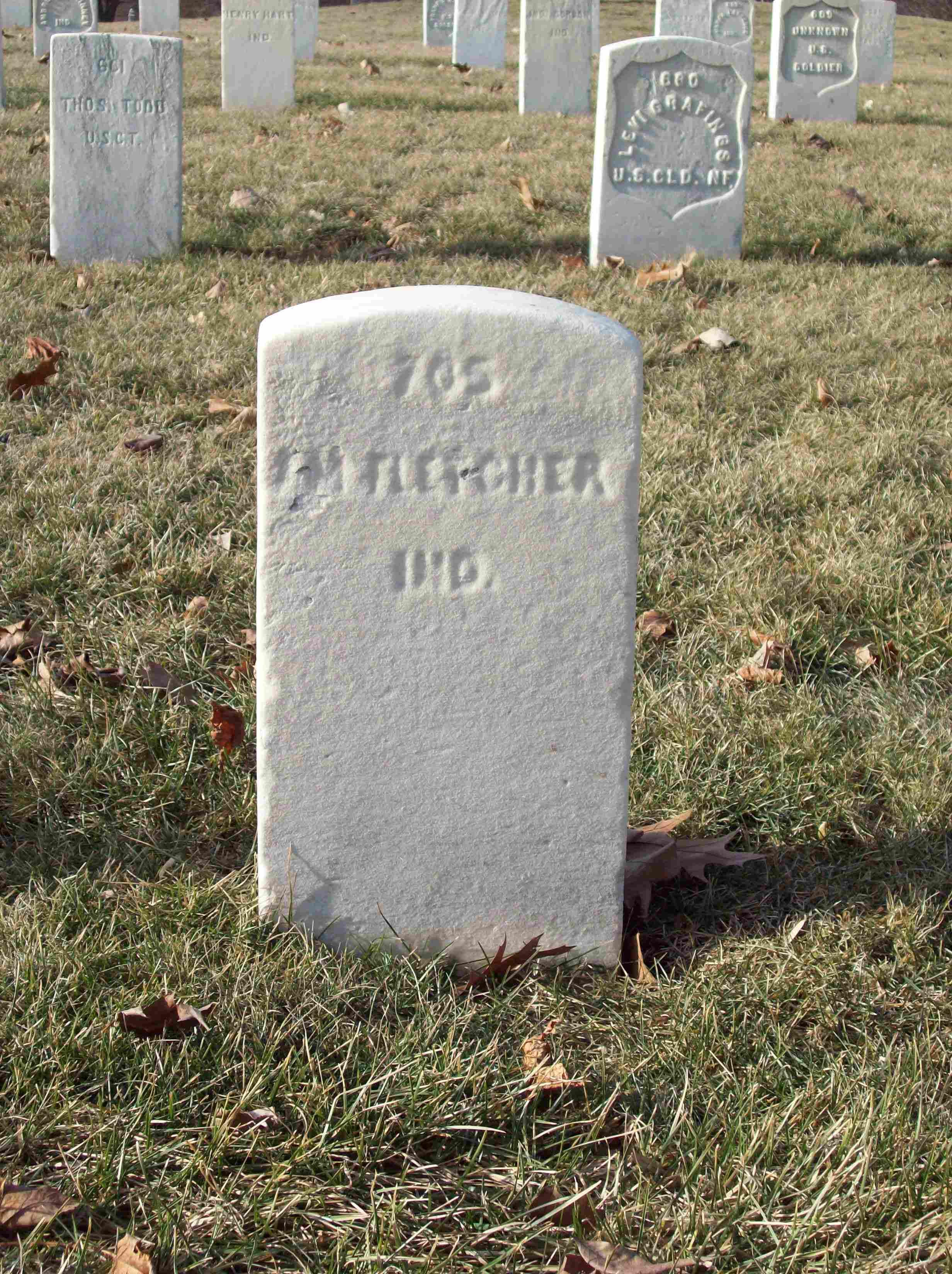 Private Fletcher was wounded in the left calf at the Battle of the Wilderness on May 5th, 1864. He spent time in a hospital in Washington D.C. until his muster out on July 28th, 1864.

John died soon after the war in the mid 1860's and was buried in the old Greenlawn Cemetery near downtown Indianapolis Indiana. The cemetery was closed in the early 20th century and the graves were moved to Crown Hill.