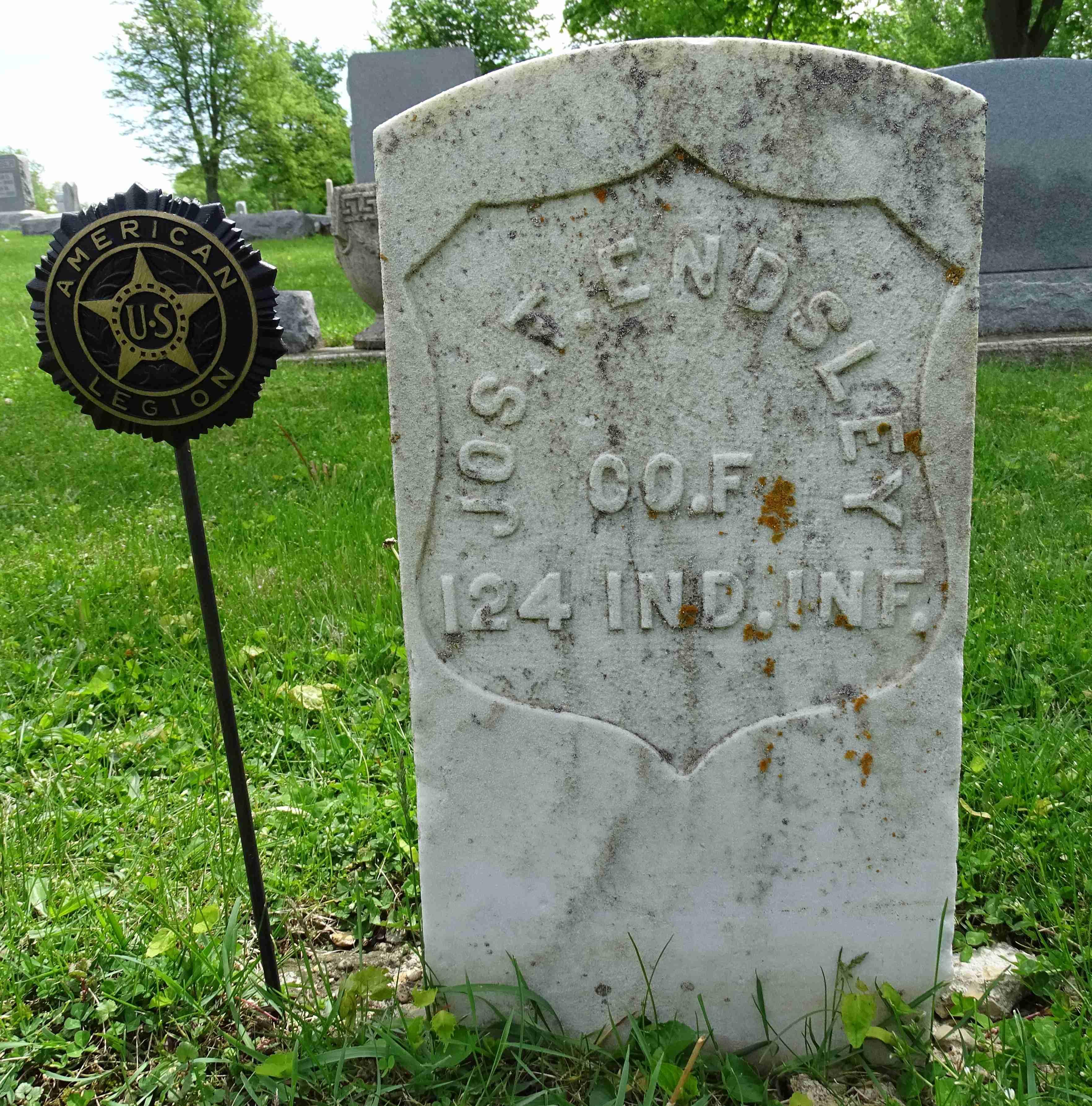 Private Endlsey contracted typhoid fever soon after arriving in Washington D.C. in the fall of 1861. He was discharged for disability on November 15th of that year.

On January 26th, 1864 he joined Company F of the 124th Indiana Infantry serving there until his muster out on August 31st, 1865 while in Greensboro North Carolina.