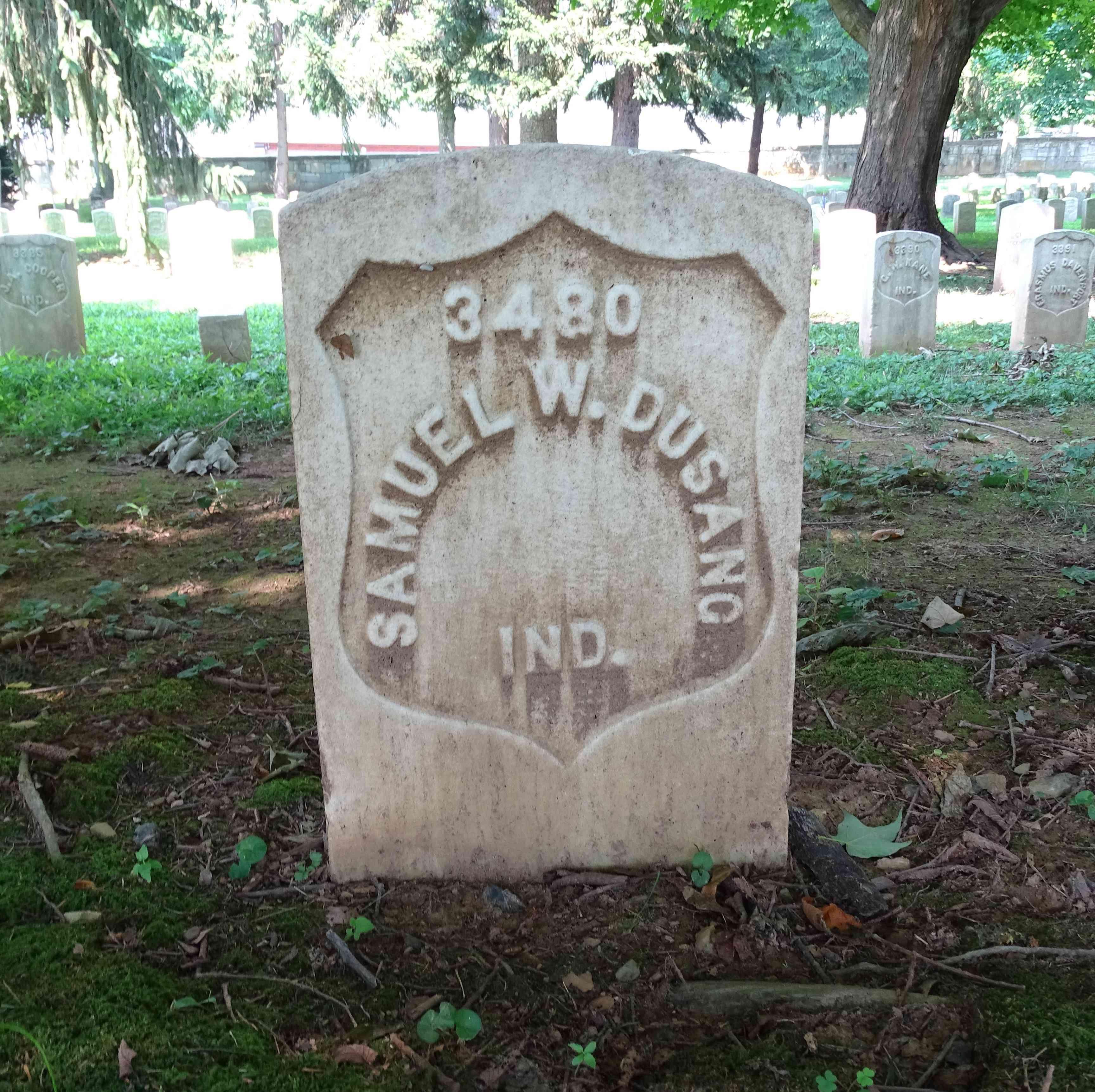 Private Dusang was wounded at the Battle of Antietam on September 17th, 1862 and would later die because of that wound.

His younger brother Joseph was also wounded in this battle and was discharged because of his wound a month after his brothers death.