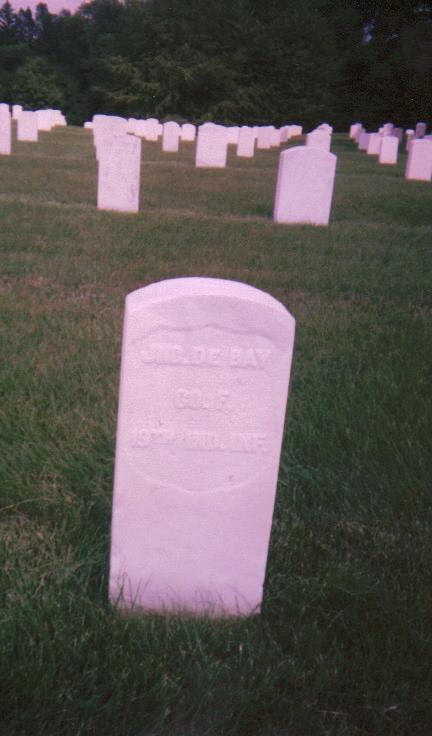 Private Debay was shot in the left elbow at the battle of the second Bull Run on August 30th, 1862. He served his full three year enlistment mustering out in July of 1864.

He checked himself into the Dayton Ohio Soldiers Home on March 24th, 1876 and remained there until his death in December.