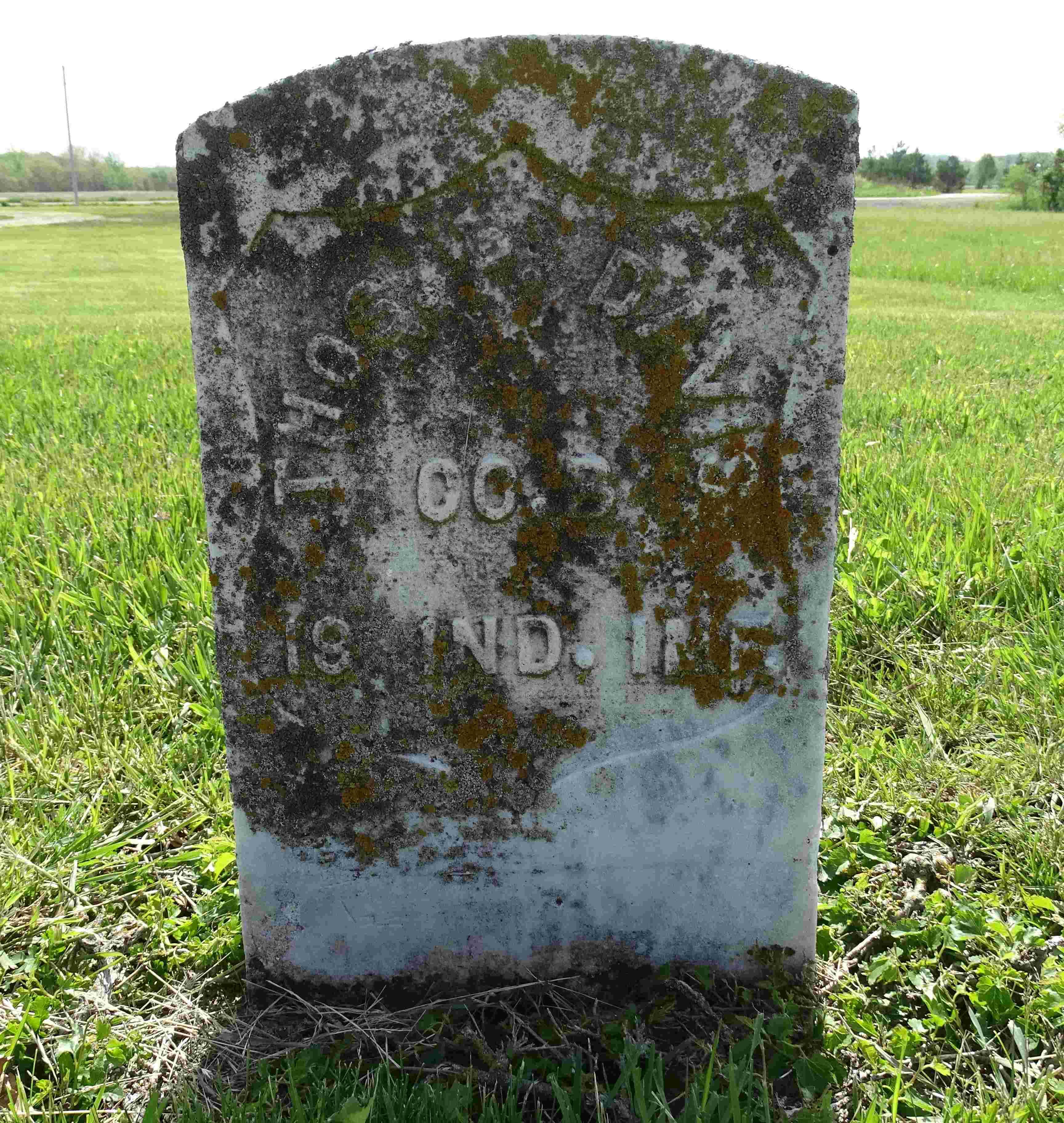 Private Davis was wounded in the arm on August 27th, 1864 in the fighting around Petersburg Virginia. By the fall of 1864 the ranks of the 19th Indiana were so depleted from combat casualties and sickness the remaining members were put into the 20th Indiana Infantry. Thomas was moved into Company C of that regiment and then to the Veteran Reserve Corps until his muster out on July 12th, 1865.

A year before he died in 1964 Thomas's son Thomas Jr. said his dad told him how he was wounded. He said, "It was at Petersburg that he was wounded when a bullet hit a tree in a glancing way and his father's left forearm. The bullet was sort of mashed and was as big around as a 5-cent piece. It happened as he was in a ditch and was holding a lantern in his hand."