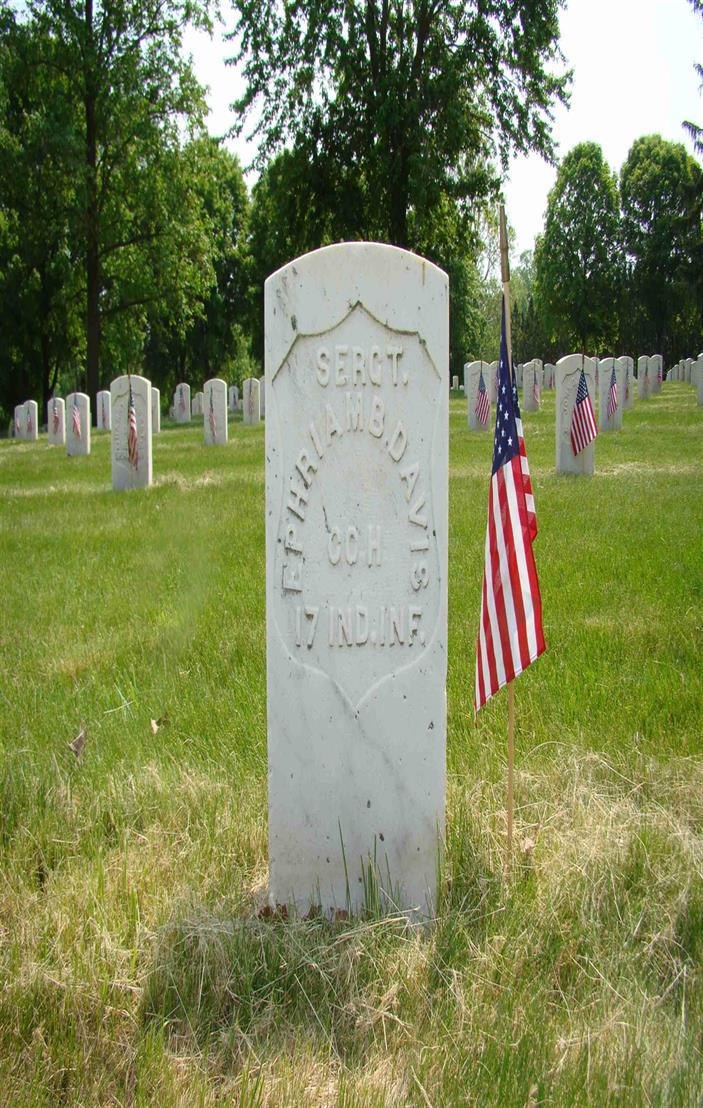 Just six days after the attack on Fort Sumter Ephraim Davis was mustered into service as a Corporal in Company C of the 7th Indiana Infantry. He served his three month obligation with that regiment then joined the 19th Indiana. In January of 1863 he was discharged for disability but one year later he mustered in a as a Private in Company D of the 17th Indiana Infantry. He served in that regiment until his final muster out on August 8th, 1865 while in Macon Georgia holding the rank of Sergeant.

After the war Ephraim spent many years in Soldier Homes though out the country beginning in 1890. Before his death at the Marion Indiana Soldiers Home he spent time a the Milwaukee Wisconsin, Danville Illinois, Johnson City Tennessee and the Leavenworth Kansas Soldier Homes.