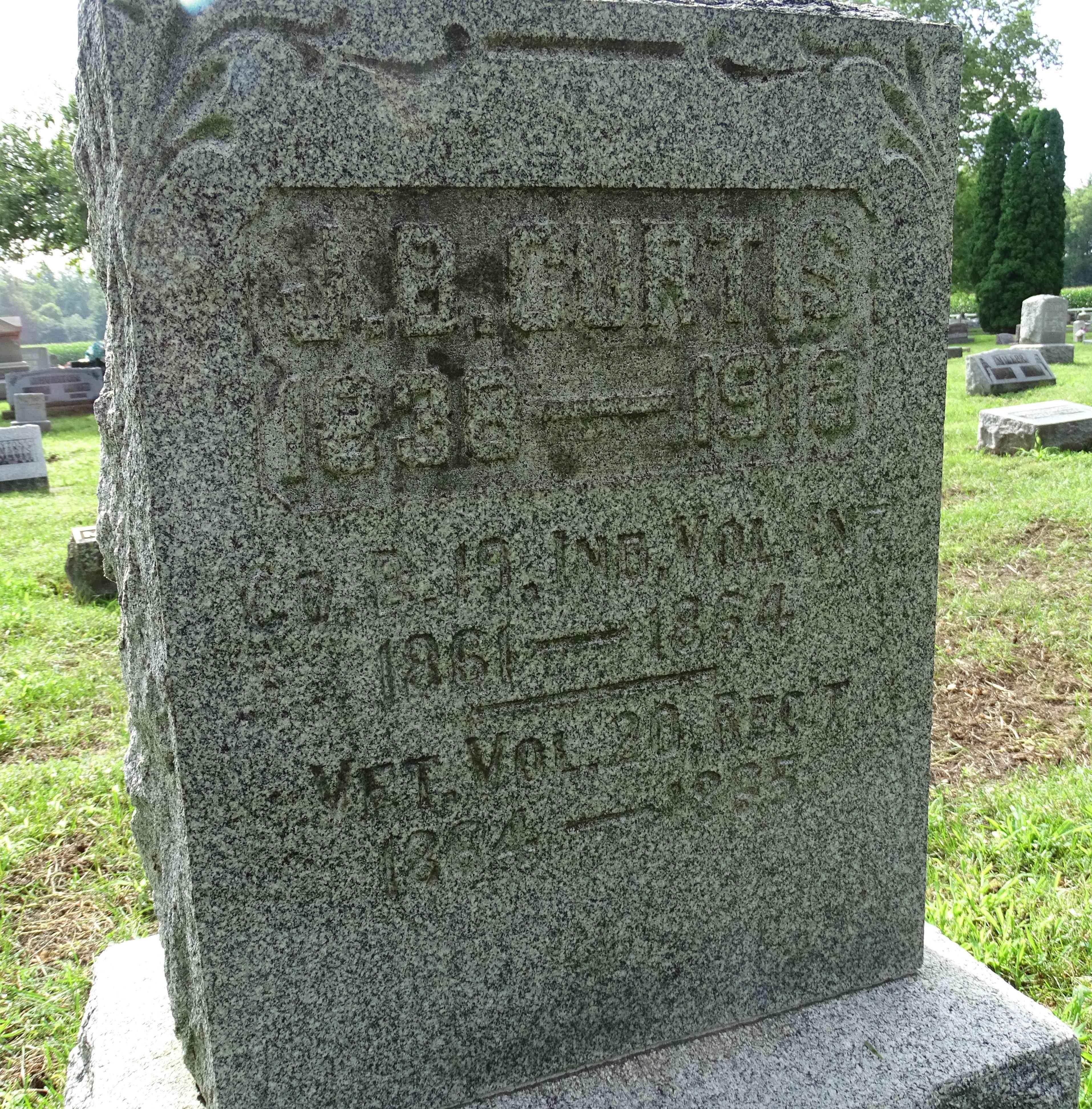 Private Curtis was wounded in the hand at the Battle of Brawner Farm on August 28th, 1862. In the Battle of Gettysburg he was wounded in the left leg. By the fall of 1864 the ranks of the 19th Indiana were so depleted from combat casualties and sickness the men were folded into the 20th Indiana Regiment. Joel was put in Company C of that regiment where he served until his muster out on July 12th, 1865 holding the rank of sergeant.