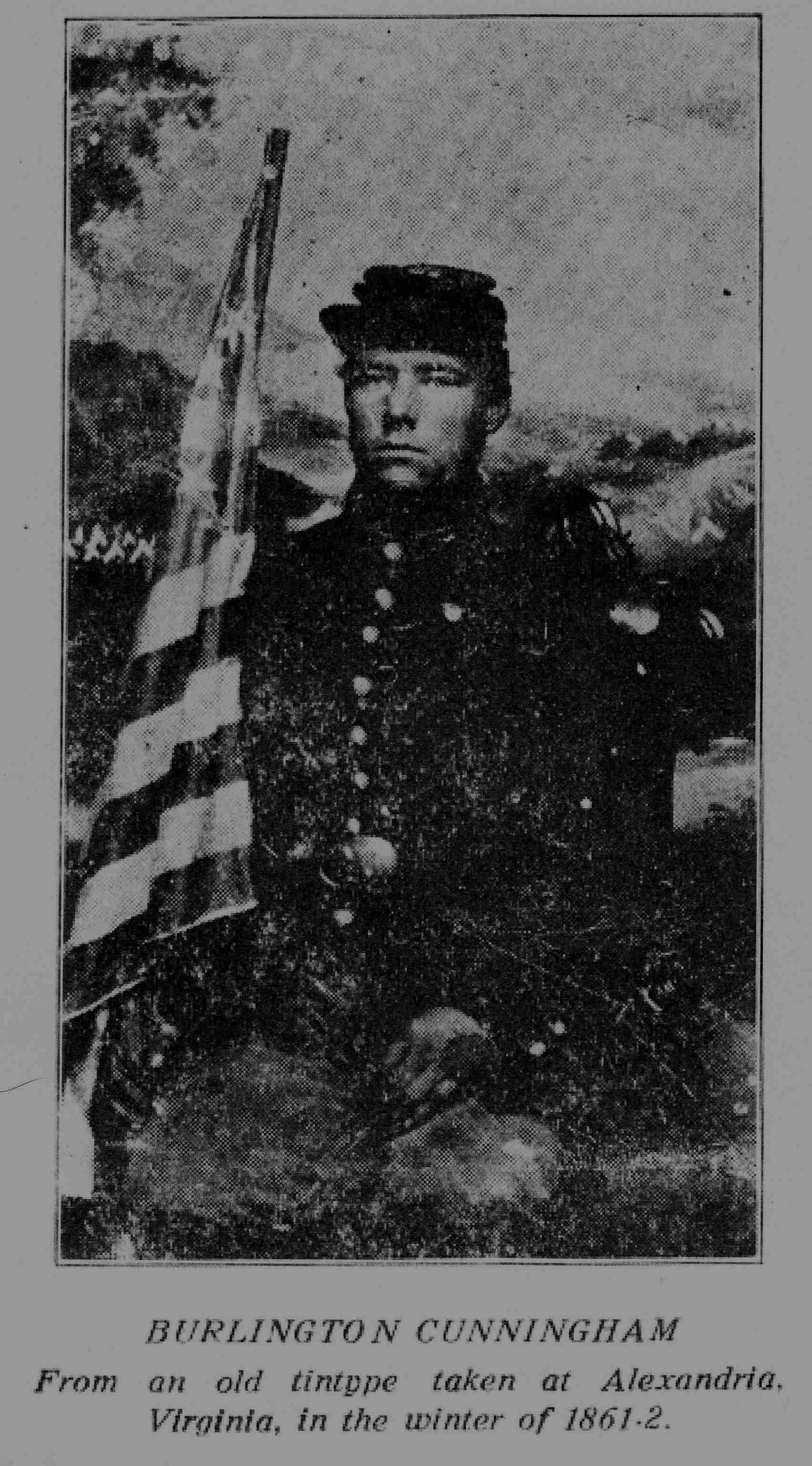 Sergeant Cunningham and William Bingaman of the 20th Pennsylvania Cavalry.

Burlington is holding two canes indicating the photo was taken after the Battle of Gettysburg. The two canes can be seen here. 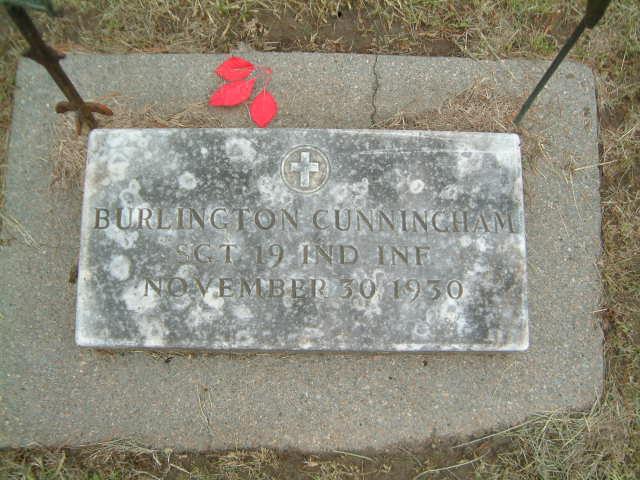 All photos courtesy of Jim Cunningham

Private Cunningham served his full three years with the regiment and was promoted twice obtaining the rank of Sergeant when he mustered out in July of 1864. At the Battle of Antietam on September 17th, 1862 Burlington risked his life saving the lag from being captured and was made color bearer from that time on . He was wounded in the side and right leg at the Battle of Gettysburg while carrying the flag.