Died of wounds received at the Battle of South Mountain in 1862.

Private Brinson's final resting place has not been found. When he died he left a wife and three children including a son William what was born after his father left for the war. Emily Brinson his widow died in March of 1871 leaving the children as orphans. Below is a photo of her headstone located in the Union Cemetery, Delaware County Indiana. 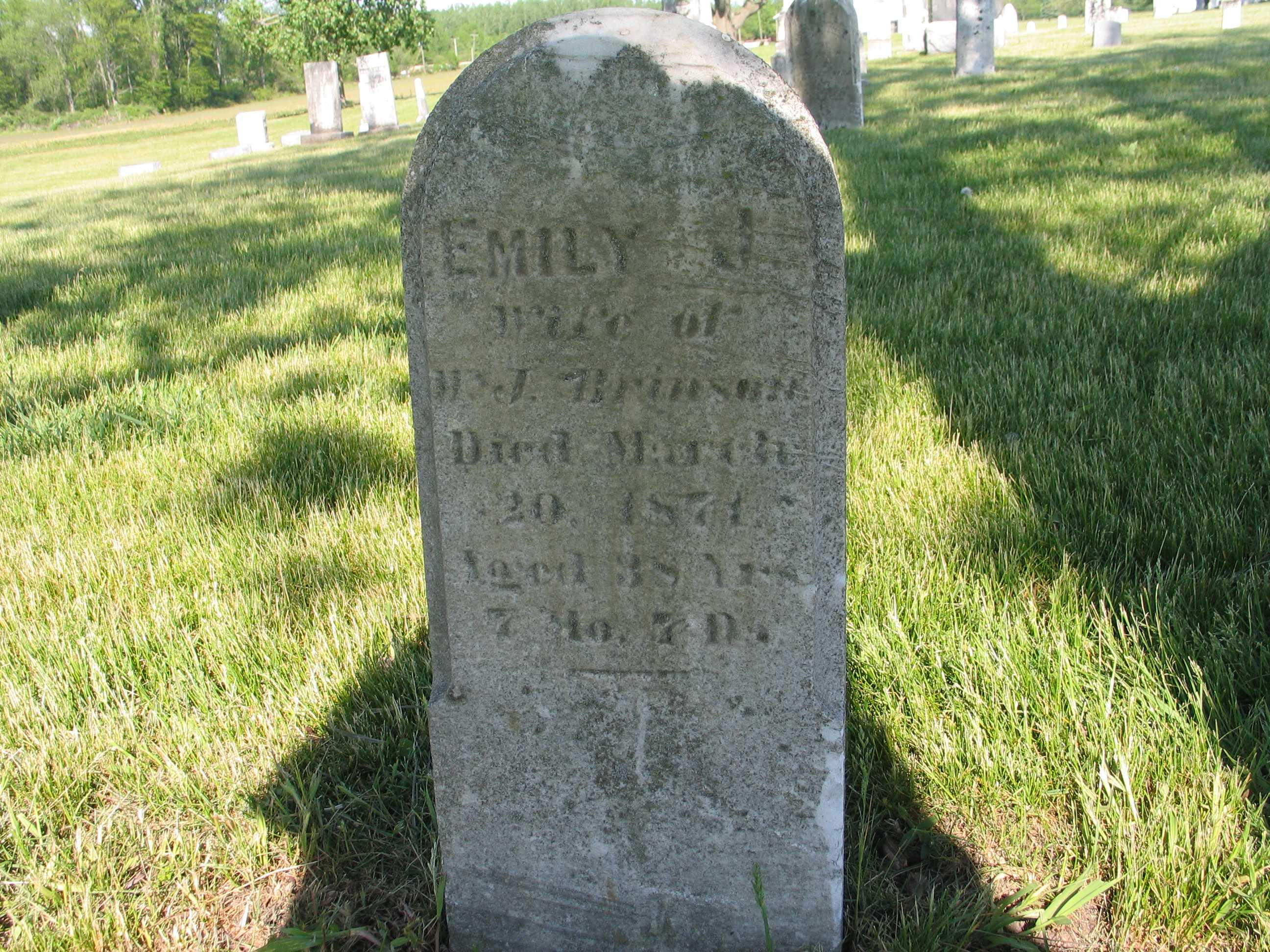