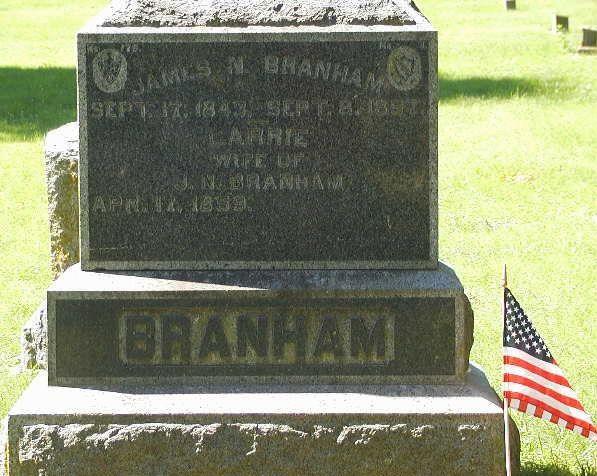 Private Branham first enlisted with Company H of the 7th Indiana Infantry on April 22nd, 1861 just 10 days after the attach on Fort Sumter. He mustered out of that regiment on August 2nd, 1861.

After the war he became a engineer for the railroad and was killed in a train accident near Emporia Kansas in 1897.