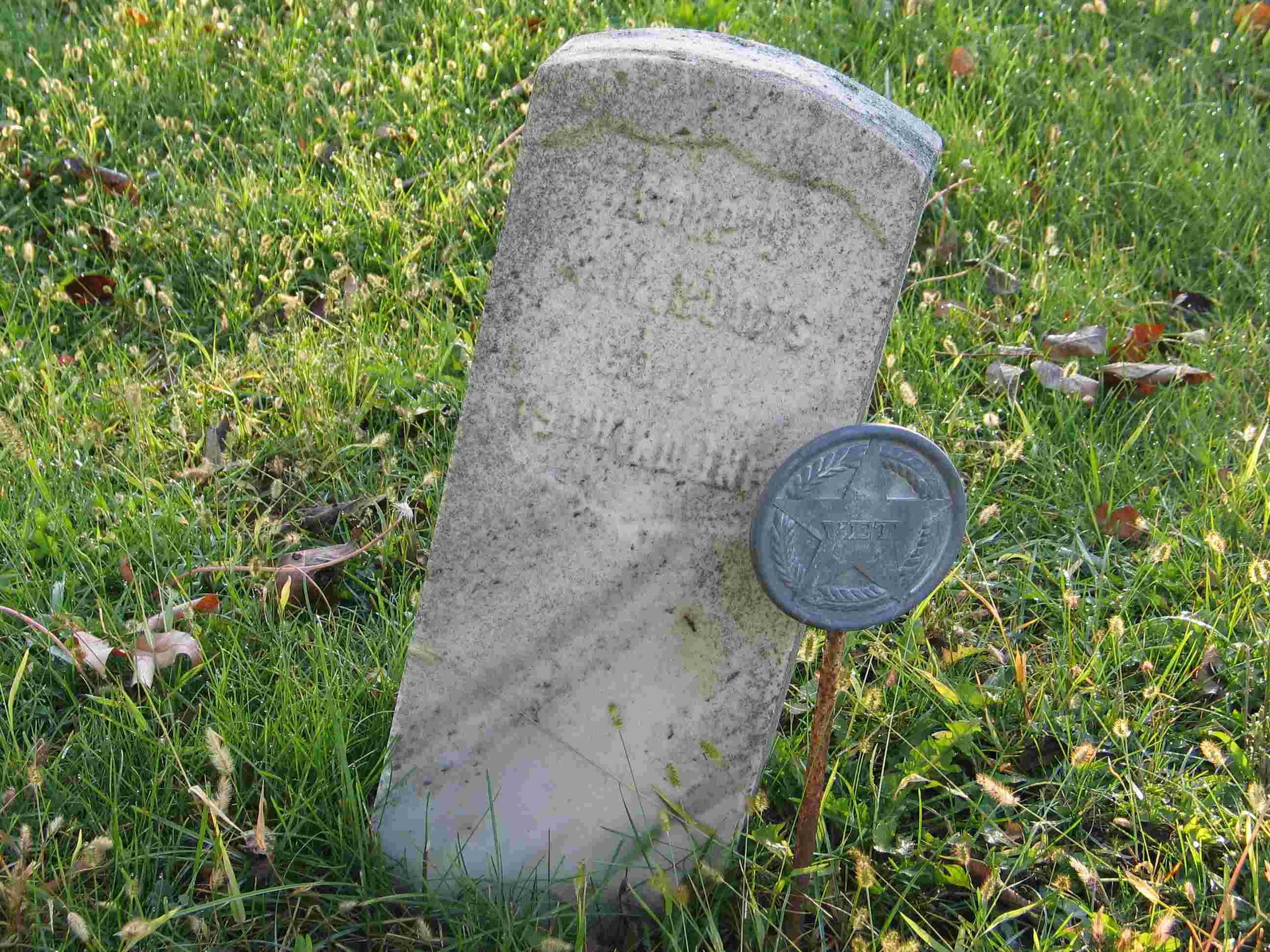 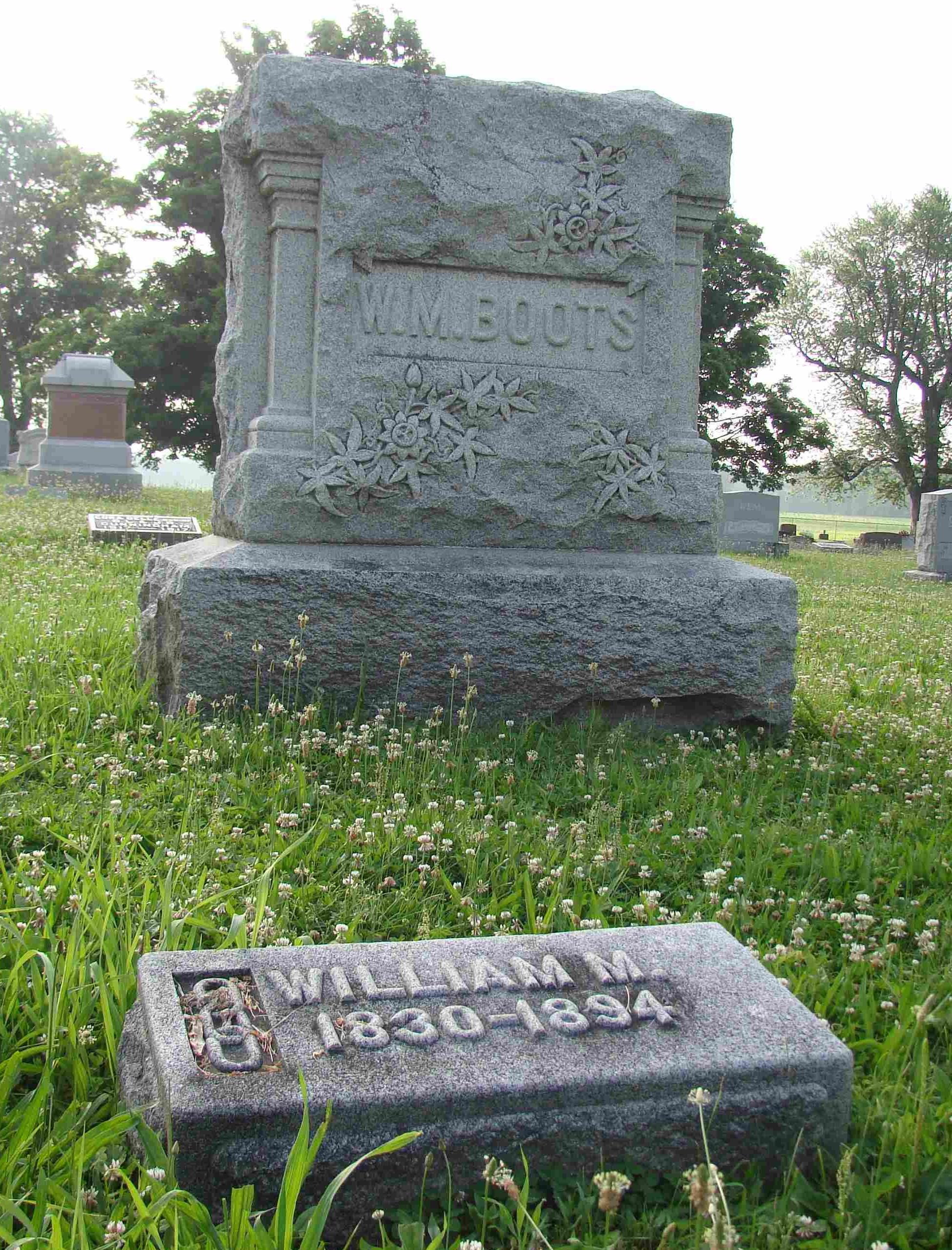 Private Boots was wounded at the Battle of Gettysburg on July 1st, 1863 and would muster out in July of 1864.

William Boots has a military headstone in the White Cemetery in Selma Indiana and the family headstone is in the Mt. Tabor Cemetery a few miles south of Selma. It is possible that when his wife Mary died in 1910 he was moved from White and taken to Mt. Tabor.