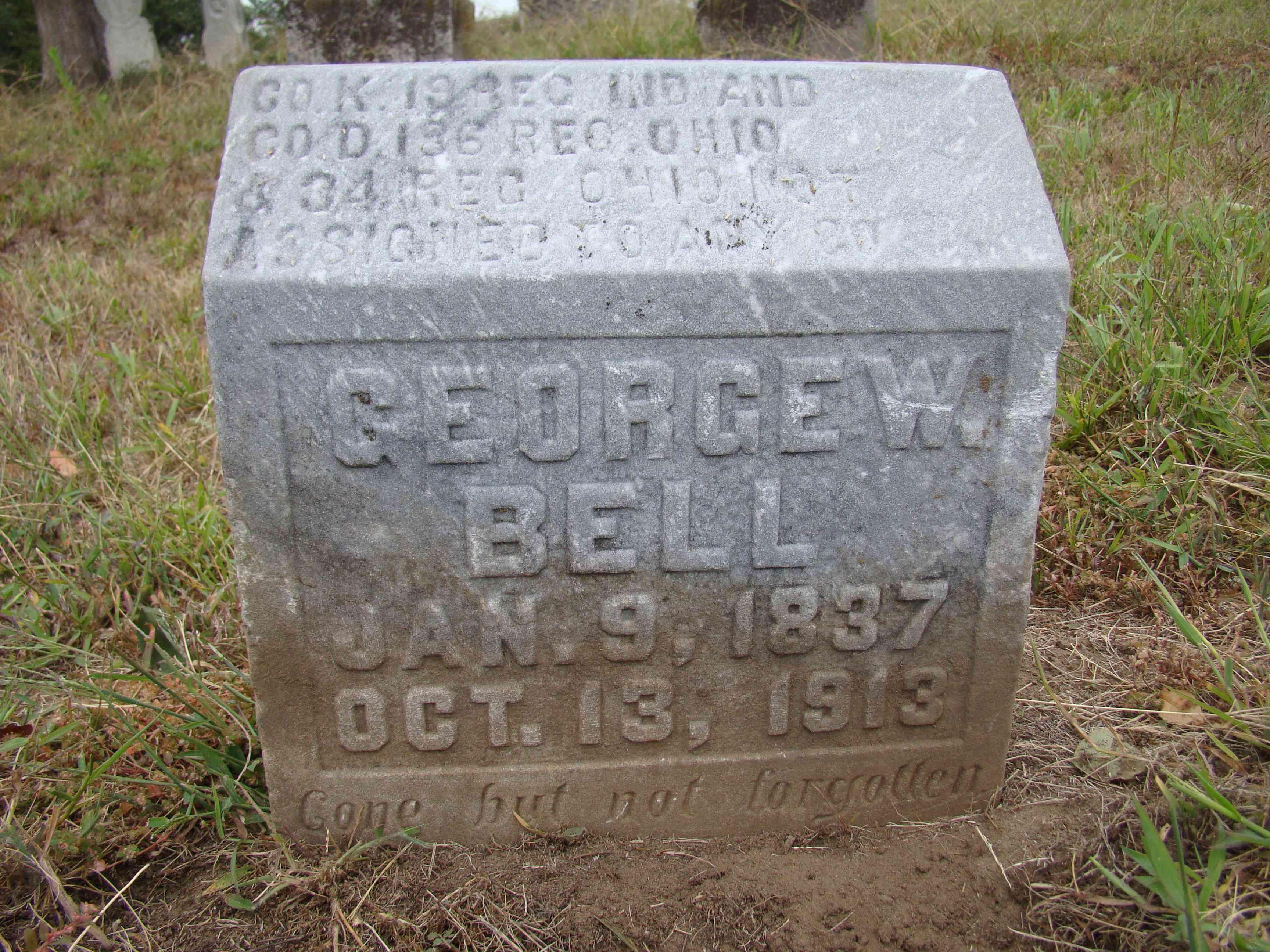 Private Bell was wounded in the hip at the Battle of Gettysburg on July 1st, 1863. The bullet remained in his hip his entire life. George mustered out of the 19th Indiana on July 28th, 1864 but joined the army again on February 26th, 1865. This time he mustered into Company D of the 186th Ohio Infantry where he served until his muster out on August 24th of that same year.